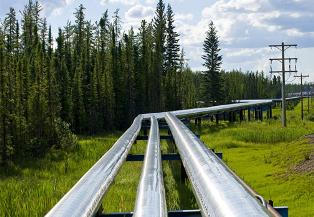 Victoria – The Government of British Columbia has submitted a reference question to the B.C. Court of Appeal On Thursday to affirm its right to protect B.C. from the threat of a diluted bitumen spill.

The reference question concerns provincial autonomy, particularly the rights of British Columbia to regulate the environmental and economic impacts of heavy oils, like diluted bitumen, transported through the province. It was filed Thursday in the B.C. Court of Appeal.

“We have asked the courts to confirm B.C.’s powers within our jurisdiction to defend B.C.’s interests, so that there is clarity for today and for the generations to come,” said Premier John Horgan. “Our government will continue to stand up for the right to protect B.C.’s environment, economy and coast.”

On March 12, 2018, the government announced it had retained expert legal counsel to prepare and present a reference case related to B.C.’s right to protect the province’s land, coast and waters. This directly involves the Trans Mountain Pipeline and Kinder Morgan.

For its reference, the B.C. government is asking the court to review proposed amendments to the Environmental Management Act that would give the Province authority to regulate impacts of heavy oils, like diluted bitumen, which, when released into the environment, would endanger human health, the environment and communities.

“We have been clear from the outset that the appropriate way to resolve disagreements over jurisdiction is through the courts, not through threats or unlawful measures to target citizens of another province,” said David Eby, Attorney General. “This reference question seeks to confirm the scope and extent of provincial powers to regulate environmental and economic risks related to heavy oils like diluted bitumen.”

The Province has been engaged with Indigenous groups, industry, environmental organizations and local governments to improve spill response in British Columbia.

“Our government is working to protect our economy, environment and communities by making sure we have effective spills prevention, response and recovery in place,” said George Heyman, Minister of Environment and Climate Change Strategy. “A single spill of diluted bitumen would put at risk tens of thousands of jobs across B.C. We have a responsibility to ensure that every measure to reduce risks is in place, and that those responsible for spills are held accountable for fixing any environmental damage they cause.”

The proposed regulations would ensure geographically appropriate response plans, improve response times, ensure compensation for loss of public use of land and maximize the application of regulations to marine transport.

This work builds on the first phase of new spill regulations, approved in October 2017, under the Environmental Management Act, which established a standard of preparedness, response and recovery necessary to protect B.C.’s environment.

On the recommendation of the undersigned, the Lieutenant Governor, by and with the advice and consent of the Executive Council, orders that the questions set out below be referred to the British Columbia Court of Appeal for hearing and consideration under the Constitutional Question Act:

22.1 The purposes of this Part are

22.6 (1) Subject to this section, a director, by notice served on the holder of a hazardous substance permit, may suspend the permit for any period or cancel the permit.
(2) A notice served under subsection (1) must state the time at which the suspension or cancellation takes effect.
(3) A director may exercise the authority under subsection (1) if a holder of a hazardous substance permit fails to comply with the conditions attached to the permit.

22.7 (1) If a person, by carrying on an activity or operation, contravenes section 22.3 (1), the activity or operation may be restrained in a proceeding brought by the minister in the Supreme Court.
(2) The making of an order by the court under subsection (1) in relation to a matter does not interfere with the imposition of a penalty in respect of an offence in relation to the same contravention.

22.8 A person who contravenes section 22.3 (1) commits an offence and is liable on conviction to a fine not exceeding $400 000 or imprisonment for not more than 6 months, or both.

2 The following Schedule is added:

The largest annual amount of the annual amounts of the substance that the person had possession, charge or control of during each of 2013 to 2017.

What is a legal reference?

A reference is a process where government can refer a legal question or questions to a court for determination. The answer of the court in a reference process is treated as a decision of that court.

The Government of British Columbia can refer any matter to the Court of Appeal or to the B.C. Supreme Court under the Constitutional Question Act. The question is approved by cabinet, and set out in an order-in-council, which will be available on the B.C. Laws website.

After a reference is filed, notice must be given to the Attorney General of Canada.

After the hearing date, the B.C. Court of Appeal will deliberate, then release its decision. The court will determine when it releases its decision, which is treated as a decision of that court, and can be appealed.

Proposed legislation referred to a court for its advice may not necessarily be enacted. To be validly binding, the proposed legislation would need to go through the ordinary process, including being passed by the British Columbia legislature.

What is British Columbia’s reference?

British Columbia’s reference to the B.C .Court of Appeal is about the relationship between the Province’s authority (jurisdiction) to prevent and manage releases into the environment of substances, like diluted bitumen, that would endanger human health, the environment or communities and the federal government’s authority (jurisdiction) over federal undertakings, such as interprovincial pipelines or railways.

The courts have repeatedly affirmed that provinces may make laws and regulations within their legal authority, even in areas of shared authority that overlap with areas federal responsibility.  In the 2016 case of Coastal First Nations v. British Columbia, the B.C. Supreme Court affirmed the ability of provinces to regulate impacts of projects, even if they are federal undertakings, writing:

“To disallow any provincial regulation over the project because it engages a federal undertaking would significantly limit the province’s ability to protect social, cultural and economic interests in its lands and waters. It would go against the current trend in the jurisprudence favouring, where possible, co-operative federalism.”

For its reference, the B.C. government is asking the B.C. Court of Appeal to review proposed amendments to the Environmental Management Act. The amendments would give the Province authority to regulate impacts of heavy oils like bitumen whose release into the environment would endanger human health, the environment or communities.

Specifically, these amendments would require that a person in possession of such substances, above certain minimum levels, would need to obtain a permit from the provincial director of waste management. Under the proposed amendments, the director could impose certain conditions on the permits.

In considering these proposed amendments, the Province asks the court to answer three questions that raise specific constitutional jurisdictional doctrines of “validity”, “interjurisdictional immunity”, and “paramountcy”: