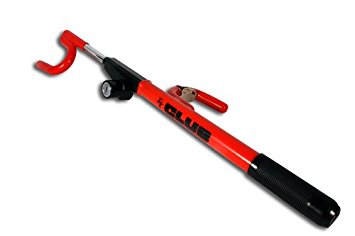 Abbotsford -April 15 UPDATE — Abbotsford Police are at it again, and your vehicle’s safety and security is back in focus.

This Wednesday April 18th from 4PM to 8PM at the Cabela’s parking lot 1818 McCallum Road, Abbotsford Police are holding another Drive Thru Club Event.

This is for : Abbotsford residents to get your FREE steering wheel club for your pre-2007 vehicles! (*While quantities last*).

Pre-2007 vehicles are targets for vehicle thieves.  The APD is offering a FREE steering wheel club to Abbotsford residents who drive 2007 or older model year vehicles.

Pre-2007 vehicles are targets for vehicle thieves.  The APD is offering a FREE steering wheel club to Abbotsford residents who drive 2007 or older model year vehicles.

Bring your vehicle registration and get your FREE club! Join us and help combat auto crime in our community!

Want to know which vehicles are the most appealing to thieves?  According to police reports, the following were the most popularly stolen vehicles in 2016- older styles of:

Visit the ICBC website for even more tips on preventing auto crime.

Report suspicious activity and look out for your neighbours!  Report crime and suspicious incidents to the Abbotsford Police Department at 604-859-5225 or text us on your mobile phone at 222973.  Want to remain anonymous? Contact Crimestoppers at solvecrime.ca or 1-800-222-TIPS.

APD/RCMP Back To School Reminder