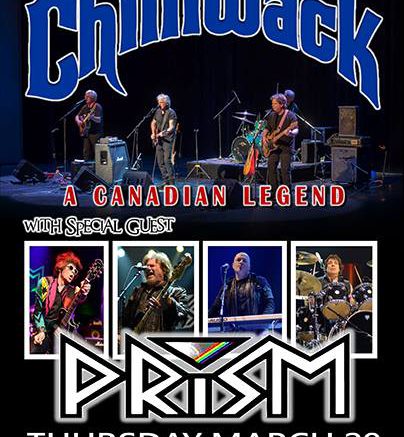 Mission – Chilliwack with special guest Prism will play the Clarke Theatre in Mission Thursday, March 29. Tickets are $49.50 (plus Facility Fee & Service Charge) at all Ticketmaster locations. Charge by phone at 1-855-955-5000 or online at www.ticketmaster.ca.

Vancouver stalwart CHILLIWACK has its roots as the house band of the Torch Cabaret back in ’66. Evolving shifts in style and personnel resulted in the emergence of the band we know and love. Through it all, the driving force remains Bill Henderson. From the release of their first single “Looking at a Baby” which quickly rose to number three in Canada to the twenty minute major opus “What Love: Suite” – a huge cult classic – onward to “Raino”, “Lonesome Mary”, “Crazy Talk”, “Fly at Night”, “Baby Blue”, “California Girl”, “Communication Breakdown”, “My Girl (Gone Gone Gone)”, and “Whatcha Gonna Do” this iconic Canadian label has produced 31 hit singles, 16 of them Top 40. Playing the airwaves now is Chilliwack’s newly recorded live CD, “There and Back” and stay tuned for the rocking commentary on life patenting issues “Patent On The Wind”.

On Sunday, March 6, 2011 the crew of STS-133 Discovery were awakened by the soaring lyrics of “Spaceship Superstar” to begin the last day of that shuttle’s final mission. Such is the legacy of iconic rock group PRISM. An eclectic collection of amazing talent and musical styles, PRISM is the Canadian super-group. Rooted in and influenced by blues, rock and jazz, this spectacular band has a never-ending string of chart-topping hits including the unmistakable anthems “Spaceship Superstar”, “Take Me to The Kaptin” and “It’s Over” along with “Take Me Away”, “Flying”, “You’re Like The Wind”, “Armageddon”, “Virginia”, “Night to Remember”, “Young and Restless” and “Don’t Let Him Know”. With 13 albums and thousands of concerts under their belt these journeymen of rock have proven their mettle earning millions of fans along the way. They have also amassed quite the mountain of industry recognition including the Juno for Group of the Year (1981), SOCAN Song of the Year (1980) for “Night to Remember”, a Juno nomination for Song of the Year (1981) for “Young and Restless” as well as well as the Juno for Producer of the year (1981) for “Armageddon”. Founding member Al Harlow’s showmanship drives PRISM forward with award-winning alumni Gary Grace, Tad Goddard and Marc Gladstone’s brilliant performances of the trademark PRISM sound. PRISM is a must-see live attraction, rocking out the hits more energetically than ever! 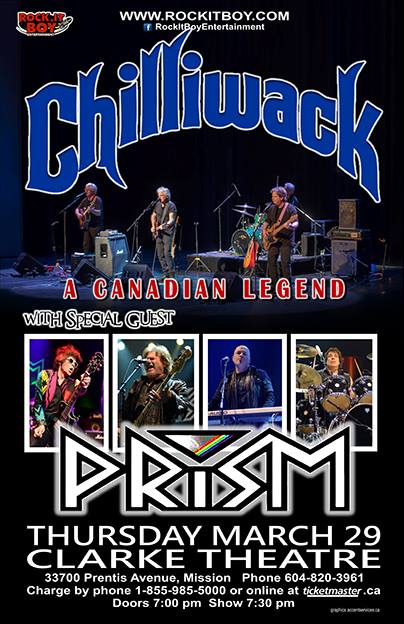