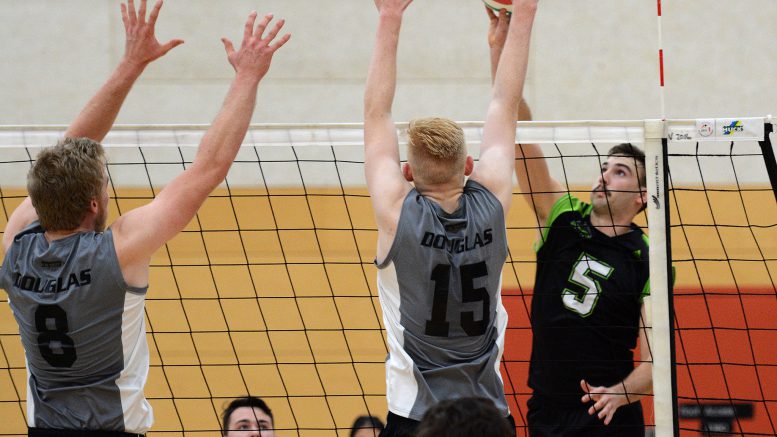 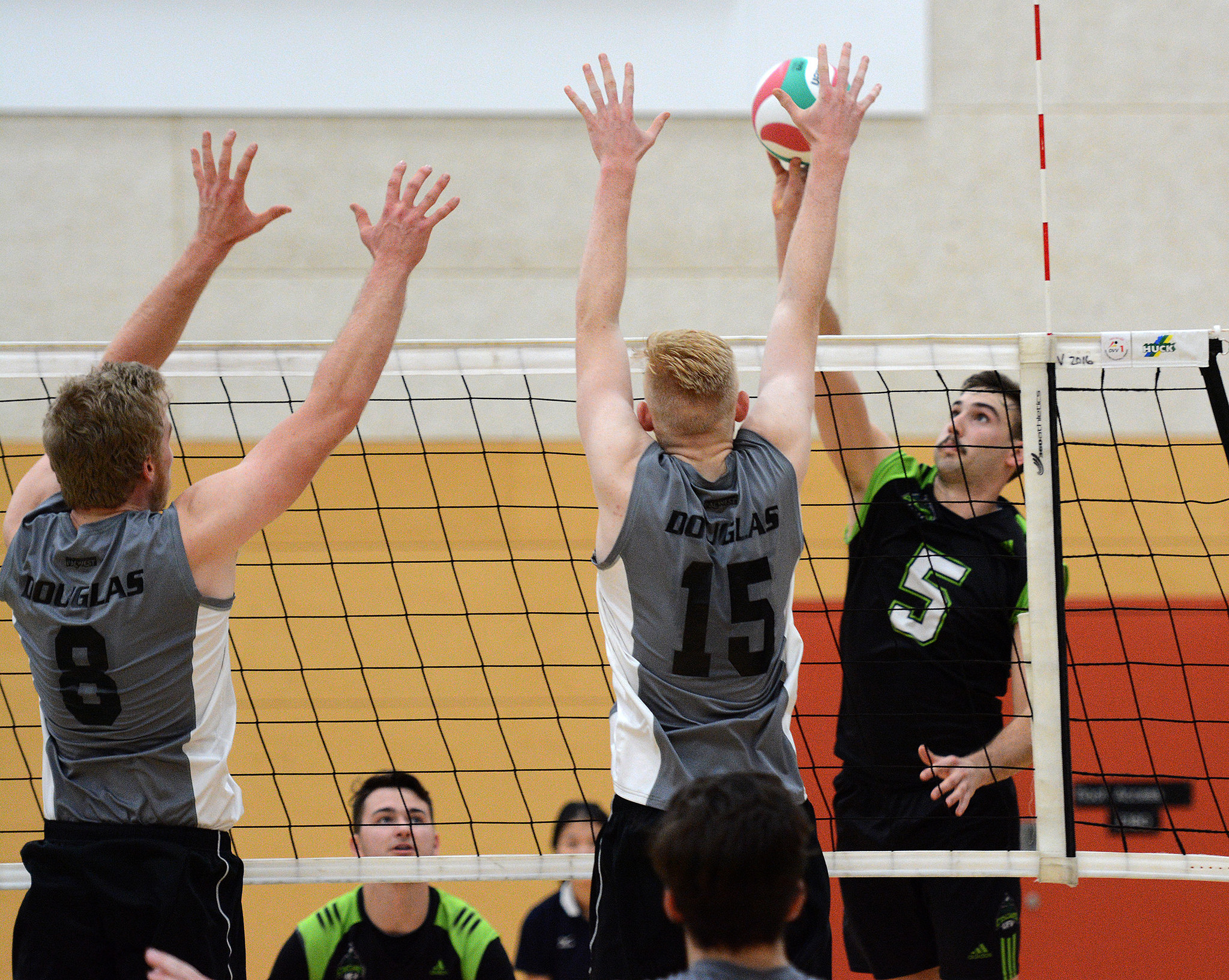 The University of the Fraser Valley men’s volleyball team grew stronger as the match wore on, ultimately dispatching the Douglas Royals in three straight sets on Saturday evening in New Westminster.

The Cascades, No. 14 in the CCAA national rankings, were coming off a four-set triumph over the Royals on Friday. After grinding out a 25-22 first-set win to open the rematch, they found their form over the last two sets, closing out the match 25-19 and 25-14.

UFV (8-6) is on a roll, having won six of its last seven games with the lone loss coming at the hands of the nation’s No. 4-ranked team, the VIU Mariners. The Royals, meanwhile, fell to 5-9.

“I thought Douglas came out better in the first set, and we did a good job to weather the storm a little bit,” Cascades head coach Kyle Donen analyzed. “So taking that first set felt like it put us in the driver’s seat. In the second set we kind of took control, and then in the third we ran away with it. It was another good team effort top-to-bottom – everyone played well.”

The Cascades truly hit their stride late in the second set – leading 21-19, they reeled off four straight points to go up two sets to none. They tore off a 10-2 run to open the third and essentially drain any suspense from the proceedings, maintaining a lead in the neighbourhood of 10 points the rest of the way.

UFV’s offence was incredibly balanced, as they managed to win decisively despite not having any players in double-digit kills. With setter Adam Frederickson at the controls, Nick Bruce, Ben Friesen and Dayton Pagliericci tied for team-high honours with seven kills apiece, and Matt Whittall had six. 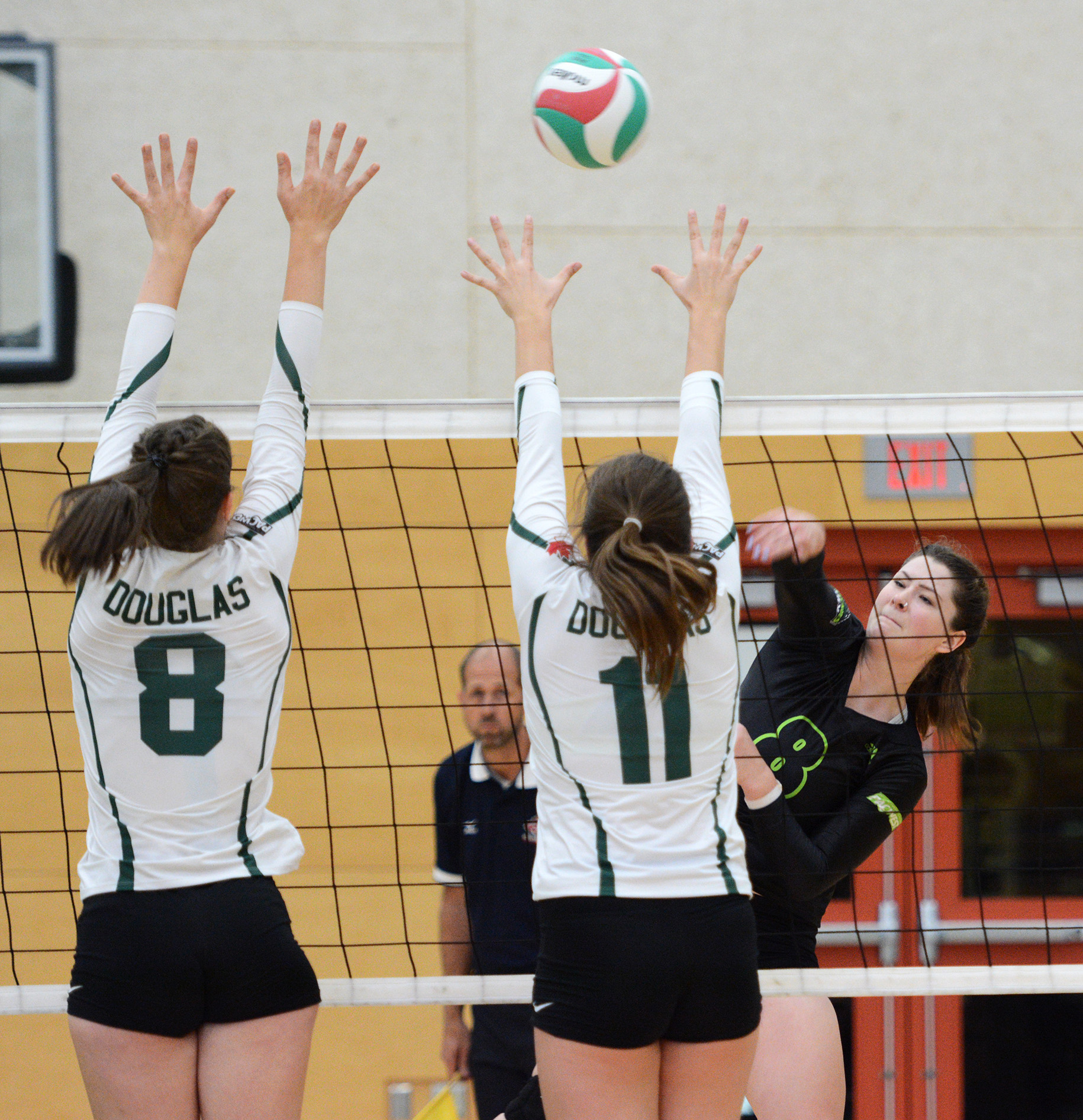 The University of the Fraser Valley women’s volleyball team was unable to follow its most impressive triumph of the season with a second straight win over the nation’s No. 2-ranked team, as the Douglas Royals prevailed in three sets on Saturday.

“Oddly enough, we didn’t stick to what we were doing well yesterday,” UFV head coach Mike Gilray analyzed. “We didn’t play the ball to areas of the court where we could put them in trouble. We hit it to their libero a lot.”

In the first set, the two teams were tied 16-16, but the Royals went on a huge run to win in decisive fashion. They rode that momentum to victory in the second by a matching 25-17 score. The Cascades started brightly in the third, taking an early 7-4 advantage behind a three-point service run from Kim Bauder. They carried the lead into the middle stages of the set, but back-to-back attacking errors gave the lead back to Douglas at 14-13. The hosts kept the Cascades at bay from there, ultimately prevailing 25-22.

Gilray noted that his team had a strong blocking performance, but let themselves down at the service line.

“If you told me at the start of the night that we’d have 11 block points against their outsides, I would have thought it would be the difference-maker,” he said. “But offensively, we did not continue to put the ball to the areas of the court that we needed to. We could have made it more difficult on them.”