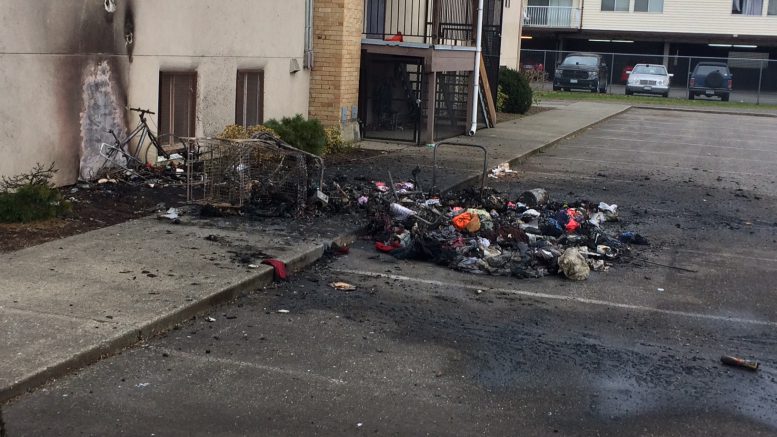 Chilliwack — Just ashes and burnt belongings as well as the scorched wall of the Cross Connections Church off Princess and Williams.

This was one of two “homeless camp” fires that crews attended to on Tuesday night/Wednesday morning.

Tuesday night before Midnight, crews were called to a homeless camp off Rowatt Avenue. No one was hurt but firefighters had to be careful as there were small propane cylinders and aerosol canisters at the scene.

Hours later, Chilliwack Fire crews arrived on the scene (Wednesday morning November 8 before 3 AM) after calls came in about a fire. A homeless women, Jennifer Nielson-Bird was injured and airlifted to hospital.

She has serious life-threatening burns to her body.

Her personal belongings were destroyed and there was damage to the church.

A man who is very well known in the homeless community, Tom Spooner, was very distraught, almost blaming himself for “not taking care of her”. FVN staff knows Tom and at first, there were concerns in the Downtown area that Tom was the victim of the fire.

Both fires are considered to be accidental. 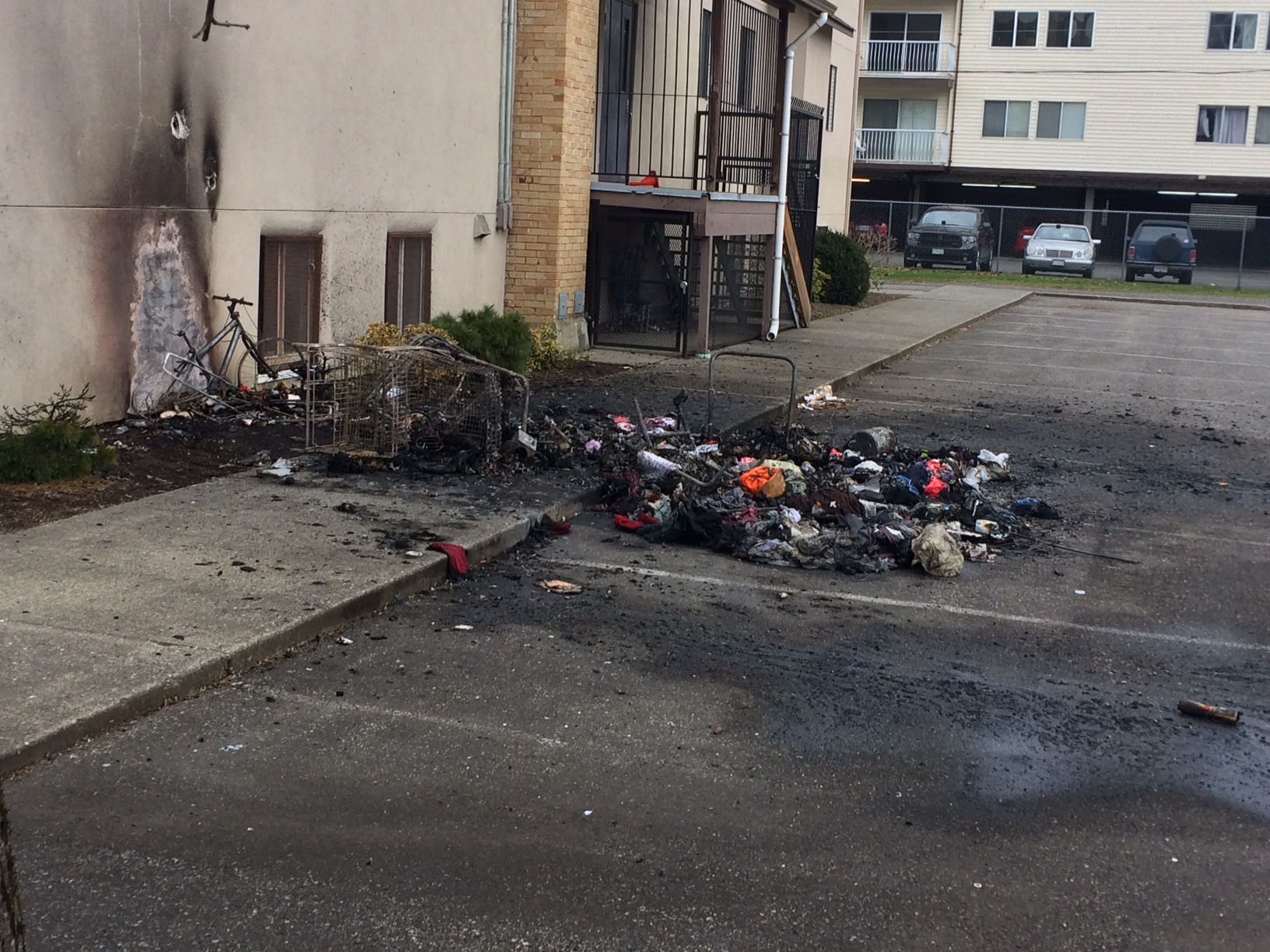