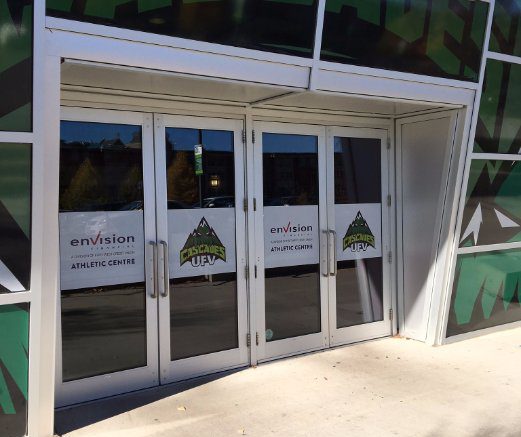 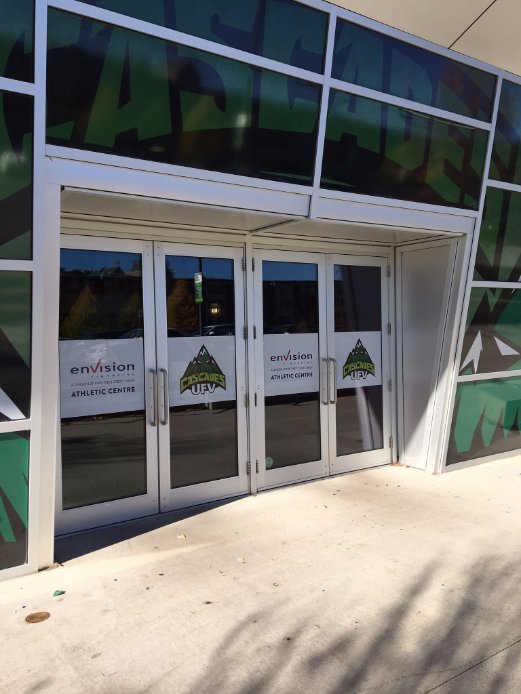 Women’s Basketball: Thunderbirds pull away from Cascades on opening night

(Dan Kinvig) – The UBC Thunderbirds pulled away in the second half to knock off the University of the Fraser Valley Cascades 71-62 on the opening night of the Canada West regular season at War Memorial Gym.

The host Thunderbirds held a 31-30 lead at halftime, and they were able to expand their advantage to double digits midway through the fourth quarter and fend off the Cascades down the stretch.

The two teams clash again on Saturday at War Memorial, with tip-off set for 5 p.m. (CanadaWest.tv).

“We competed hard at times, but I think we had a few stretches there where we just didn’t play intelligent basketball and UBC really made us pay the price for it,” Cascades head coach Al Tuchscherer said. “You can’t have those lapses.”

Litman and Penn led their squads offensively during a closely contested first half. Cascades fifth-year forward Litman poured in 10 points over the opening 20 minutes, while UBC’s Penn counted a pair of three-pointers among her 12 points at the break.

The Thunderbirds extended their lead in small chunks, but the Cascades hung tough. Midway through the third, UBC scored six straight points to go up 43-34, but UFV responded with buckets in the paint from Taylor Claggett and Jessica Zawada to stay within striking distance.

In the fourth, a layup by Filewich put the hosts up 60-50 with just over five minutes remaining, but a pair of free throws and a three-pointer by Sara Simovic allowed UFV to cut the deficit to 62-55. Penn, though, put the game away – on consecutive possessions, she put back an offensive rebound and knocked down a triple to make it 69-57 with just over two minutes to go.

Litman had an efficient shooting night, going 7-for-12 from the field. Simovic chipped in with 12 points, highlighted by a 7-for-8 performance from the free throw line, and Kate Head (nine points, 4-of-5 from the field) and Taylor Claggett (nine points, 10 rebounds) also contributed offensively. UFV did not fare well from beyond the arc, hitting just 2-of-14 attempts.

Filewich made 10-of-13 attempts from the field for the T-Birds, and Penn had a double-double with 13 rebounds. Jessica Hanson, with 11 points, also scored in double figures for UBC.

“It’s nice to say that we were close, but we’re playing games to win,” Tuchscherer said. “They were better than us tonight, and we need to be a lot better tomorrow. We weren’t particularly sharp. We didn’t shoot the ball well from the perimeter – you’ve got to knock down some open shots, and we struggled with that.”

A huge second-quarter run was the difference as the UBC Thunderbirds earned a 111-78 win over the University of the Fraser Valley Cascades on Friday evening at War Memorial Gym.

The visiting Cascades hung tough with the T-Birds in the early going, and were within 26-24 three minutes into the second quarter. But UBC stepped on the gas at that point, ending the quarter on a 28-5 run to take control of the game.

It was the Canada West regular-season opener for both teams, and they clash again on Saturday (7 p.m., War Memorial Gym, CanadaWest.tv).

Statistics were unavailable post-game – more coverage to come at ufvcascades.ca.

Nine of the 12 players on the Cascades’ roster are in their first or second season of eligibility, and head coach Adam Friesen said that Friday’s game against the seasoned Thunderbirds was “exactly what we needed.”

“We’re a young group, and that’s a heck of a team over there, and they gave us an eye-opening lesson,” Friesen said.

“Overall it wasn’t great, but we fought back and we kept competing. I’m proud of that.”

(by Raelyn O’Hara, UFV student communications assistant) – The University of the Fraser Valley women’s volleyball team rallied from an early deficit to earn a four-set victory over the Camosun Chargers on Friday.

The Cascades boosted their record to 4-1, while Camosun (0-5) is still in search of its first win.

The Chargers return to the EFAC on Saturday afternoon for a rematch (women 1 p.m., men 3 p.m.).

“I think we figured out our game plan, and we started cleaning up things,” Cascades left side Kim Bauder said, reflecting on how her squad was able to turn things around after struggling in the opening set. “We were making a lot of unforced errors – we were trying to be perfect. We were able to clean it up and then get our offence going, which really helped us. And we got some key digs that let us turn over and go on some runs.”

The Chargers opened the first set by claiming an 8-4 lead, but the Cascades battled back to level the score 9-9 with Amanda Matsui leading the offence. The visitors, though, pulled ahead once again by a score of 21-16 as UFV struggled a bit with their passing, and finished off the set from there.

Libero Amy Davidson came off the bench in the second set and brought a steady passing touch. The set was closely contested but UFV scored the last four points, capped by a stuff block from right side Keira Fisher, to square the match at one set apiece.

The Cascades raced out to a 12-6 lead in the third with key kills coming from Teagan Johnston and Kim Bauder. The Chargers cut the deficit to 16-13, but Bauder went on a serving streak to get the lead back to six points and UFV cruised from there.

The hosts once again got off to a strong start in the fourth, going up 11-3, and Bauder closed out the match with aces for two of the last three points.

Matsui (15 kills, three aces) and Bauder (12 kills, four aces) both put pressure on the Chargers at the net and at the service line, while setter Kara Williams, stepping into the starting lineup for the injured Olivia Heinen, registered 38 assists. Three Cascades posted double-figure digs: Bauder (13), Matsui (12) and Davidson (12), who notched her total in just three sets.

“It was a big transition putting Amy in in that second game,” Cascades head coach Mike Gilray said. “She just stepped up and was passing fantastic. But offensively, we were still making poor errors, even with that really good passing. I thought Kara did a really good job distributing, and I think we were just a little tight and maybe trying to do more because we didn’t play well in the first set.

“But I think we allowed ourselves to settle in, and I think one of the best things we do is, we battle. The girls got that fiery competitiveness going because Camosun was playing so well. It really started to bring up our game, and for us to get a couple big points at key times really helped us to get our momentum going.”

(by Raelyn O’Hara, UFV student communications assistant) – A huge night from Nick Bruce ignited a thrilling comeback for the University of the Fraser Valley men’s volleyball team, but the Camosun Chargers fended them off in an epic five-set match on Friday evening at the Envision Financial Athletic Centre.

The visiting Chargers rolled to victories in each of the first two sets, 25-14 and 25-16, but the Cascades clawed their way back into it, taking the next two by scores of 25-23 and 25-21. UFV appeared poised to complete the comeback, building an 8-4 lead in the fifth, but the Chargers rallied to take it 18-16.

Fifth-year left side Bruce was the engine that drove the Cascades on Friday – he racked up 27 kills in a thoroughly outstanding performance. Nevertheless, UFV fell to 1-4 on the season, while Camosun improved to 4-1.

“After having a couple tough losses last week (vs. Capilano) and not playing very well, to come out and have good energy and find a way to come back from two sets down, that’s big for us,” Cascades head coach Kyle Donen said. “It shows we’ve gotten mentally stronger from the last week. We fell a couple points short, but we had our chances to win that one. Sometimes the bounces don’t go your way, but I think we can still be pretty happy that we bounced back from a tough weekend.”

Ben Friesen got the Cascades off to a good start with a four-point serving streak in the first set, but the Chargers swiftly assumed control and claimed the first two sets.

UFV started making some headway in the third set, with Josh Fefchak coming through with some strong serves and Graeme Hughes chipping in offensively. They continued that momentum in the fourth, with Fefchak and setter Adam Frederickson having a strong blocking presence and libero Evan Bell-Foley contributing some timely digs.

Bruce was spectacular in the fifth – he made a pair of highlight-reel digs to keep points alive and help the Cascades get out to an 8-4 lead, and later on, he had an emphatic kill off a back-row attack to end a long rally and give his team a 15-14 advantage. But the Chargers scored four of the next five points to seal the victory.

Beyond Bruce’s eye-popping 27 kills, Friesen also hit double digits with 11 kills of his own.

“This was a huge game for Nick, and I’m really proud of what he was able to do today,” Donen said. “After the second set, I said somebody else has to step up and earn us points, because he was doing everything. He wasn’t just getting kills, he made a couple of great digs in the fifth set, too. He gave us a chance to win – unfortunately we couldn’t pull it out for him.”

Be the first to comment on "UFV Sports Friday – Basketball, Volleyball"