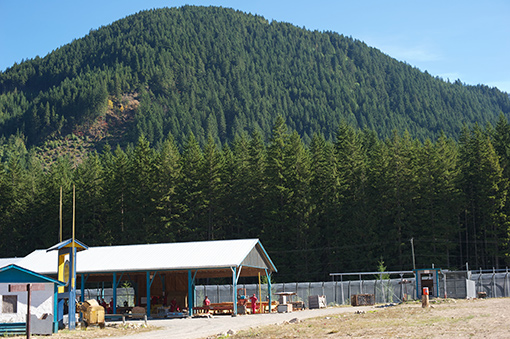 Victoria /Fraser Valley – Behind British Columbia’s many wildfire-fighting crews stands a team of provincial inmates who provide vital support to those serving on the front lines.

Throughout the recent provincial state of emergency, a longstanding partnership with the BC Wildfire Service (BCWS) saw inmate crews, under the supervision of BC Corrections staff, ramp up their efforts to help fire crews.

The BC Corrections fire suppression program operates out of four correctional centres that work in partnership with the BCWS. This provides participants with meaningful, rewarding work experience, while saving taxpayers hundreds of thousands of dollars and staff resources:

Inmates assigned to a crew have “open custody” status, which means they can be trusted to work in the community under supervision. These inmates are selected based on their history and have performed and behaved exceptionally well during previous experience on other community work crews.

The BC Corrections fire suppression program would not be possible without the support of dedicated BC Corrections professionals. Beyond supporting the program, a number of community and custody staff deployed away from their families to help with security, firefighting and other relief efforts. The support of inmates and BC Corrections aids the BCWS and, at its core, this partnership allows inmates to gain meaningful work experience and give back in a positive way.