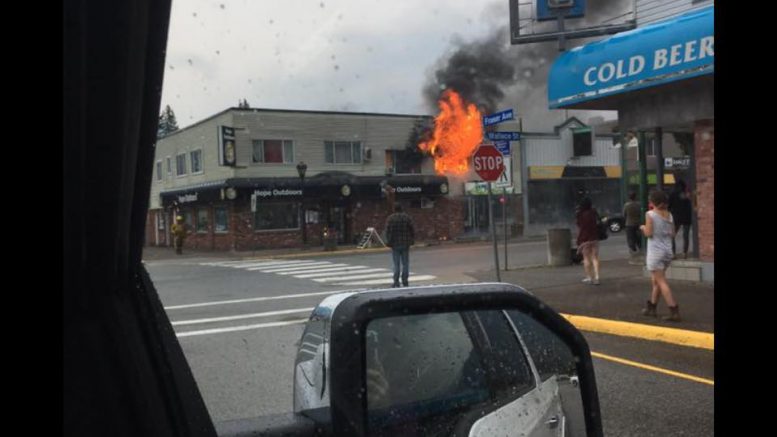 Hope – As Hope gears up for its 35th Anniversary of the filming of First Blood, the town has to clean up after a major fire on Sunday Afternoon which burned into the night. Hope Outdoors on the corner of Fraser and Wallace sustained heavy damage. The apartments within the building appear to be not inhabitable.

No one was hurt, however as Micheal Bowcott posted on Facebook :  It was really awesome to have such quick and earnest response from all those people that stepped up to help, from all the Fire Crews and we called in extra help from Yale FD to the guys at Hope Machine shop who brought their bucket truck to safely get up up to attack the fire from above, Jim Lasser and Chris for the excavator that helped expose the fire, the RCMP and the security guys for securing the scene , EHS for standing by and making sure we were looked after with any boo boo’s and all the people that were there, concerned for our town, they too did their bit when the RCMP decided that they could be in danger from some of the products in the store below the fire, Fortis and Hydro crews for their prompt and always professional responses.

Mother Hubbard’s suffered significant damage as well.  Sharon Bernard posted on Facebook : Mother Hubbard’s will be closed until further notice. Please be patient while we try to assess any smoke damage, and get our electricity up and running again. Our thoughts are with the people who lost their homes last night, please give if you can and help them. Also those great supportive business owners who have been helping us to grow since day one. Lily, Naydeen, Daniel, your all in our thoughts. Thank you to all the hard working volunteers who were out in the rain, doing the best they could to stop the fire from spreading. So very grateful to all of you.

The cause of the fire has not been determined.

There is a GoFundMe page for fire relief for the victims and the displaced tenants. 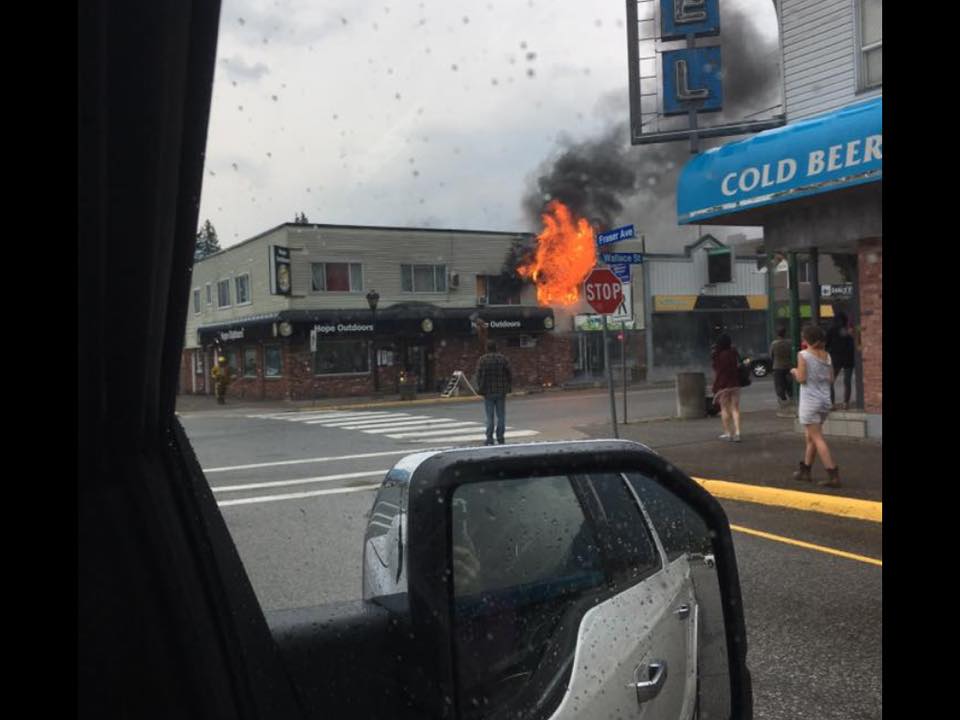 Sparking Up A Campfire During Restrictions Will Cost You