Fraser Valley/Vancouver – As of September 1, the Provincial NDP government came through on one of their main campaign promises to eliminate tolls on both the Port Mann and Golden Ears Bridge. Premier John Horgan said it was unfair to make people pay for transportation infrastructure, just because they live next to those bridges. In comparison, drivers along the Sea to Sky or in Kelowna for their new bridge, as well as in the Victoria region with the Highway 1 improvements, were not having to pay any toll for their drives.

Bridge debt will transfer from a separate fund via TREO to the Provincial general debt. 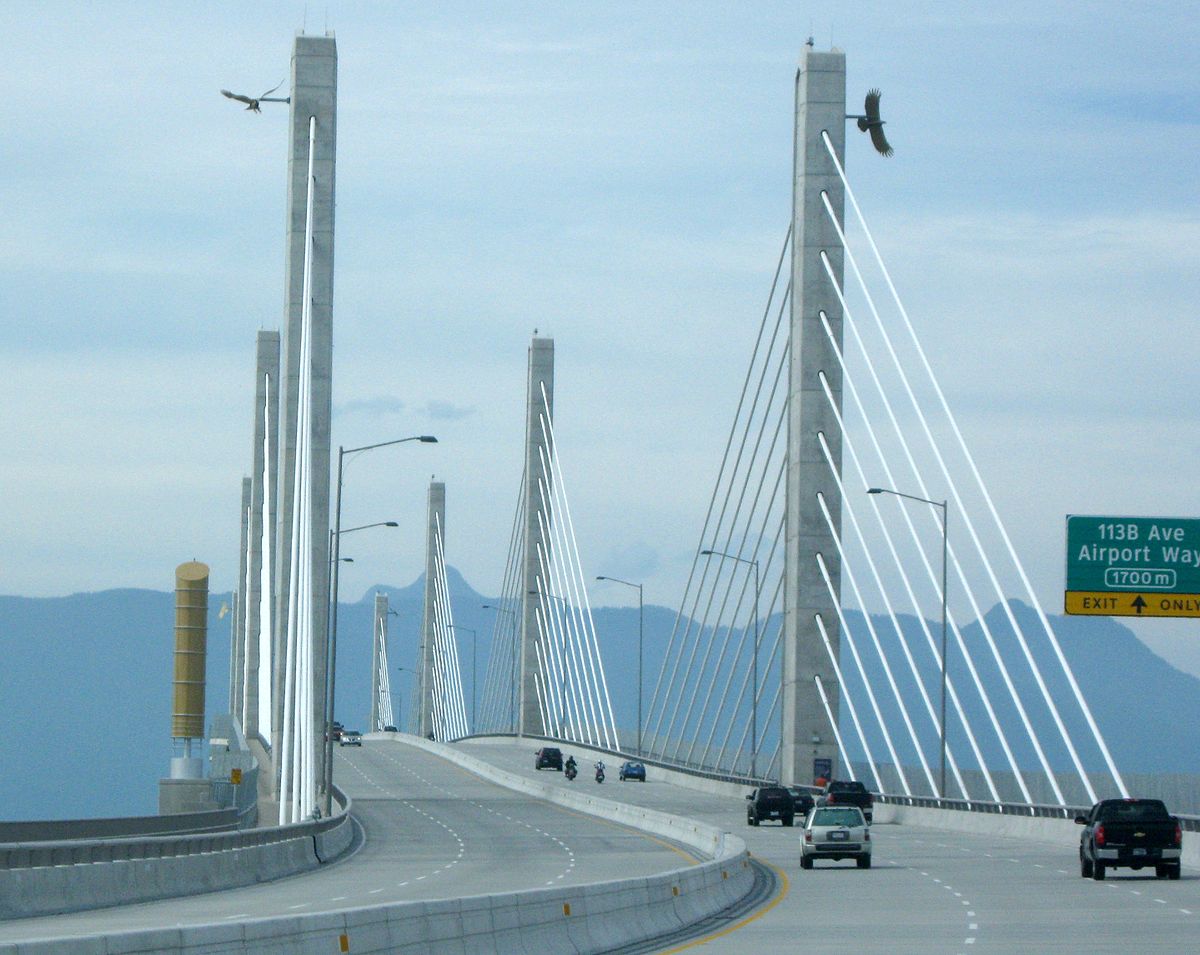 The trucking industry in general, praised the decision as that will curb added costs to their bottom line.

The Provincial taxpayer will be picking up the tab. Strategies are underway with Municipalities and Translink to move forward in securing finances to pay for future programs.

If you are owing money on tolls prior to August 31, you still have to pay your bill.

90 people working for TREO who collect tolls, will have to find new work.

The Province put out this release:

Drivers in the Lower Mainland soon will be paying less to get around as the British Columbia government is eliminating tolls on the Port Mann and Golden Ears bridges in time for the Labour Day Weekend, Premier John Horgan announced today.

“We’re taking immediate action to make life more affordable and get people moving by scrapping unfair tolls on the Port Mann and Golden Ears bridges,” said Premier Horgan. “This is just one of many steps we’ll be taking in the coming weeks and months to make life easier for families throughout British Columbia.”

Today’s announcement – which will take effect on Friday, Sept. 1 – delivers on the premier’s commitment to put an end to the previous government’s bridge tolls. It will save families who regularly have to cross the Fraser River an average $1,500 a year. Commercial drivers averaging one crossing a day will save $4,500 a year or more.

Each day, approximately 121,000 vehicles cross the Port Mann Bridge, with another 40,000 vehicles taking the Golden Ears Bridge. In addition to the costs borne by commuters, the tolls increased congestion along other transportation corridors.

“Many people have been travelling out of their way to avoid tolls because they simply cannot afford them,” said Premier Horgan. “Getting rid of tolls will shorten commute times and clear up other routes, so people can spend less time stuck in traffic and more time with their families.”

Transportation and Infrastructure Minister Claire Trevena says the government will continue to invest in the roads, bridges and other transportation projects British Columbians need to help people get around – without unfairly hitting some families and businesses with tolls.

“Unlike the previous government, we’re not going to pit one region of the province against the other,” said Trevena. “We’re going to deliver on the investments needed to serve families and grow our economy, across B.C. in a way that is fair for all families.”

“We have worked very closely with TransLink and the Mayors’ Council to deliver an agreement on Golden Ears that offers relief for families,” said Municipal Affairs and Housing Minister Selina Robinson. “The toll removal on the Port Mann Bridge and the Golden Ears Bridge will make life more affordable for drivers who cross these bridges every day, and it will help improve traffic flow on other bridges.”

Currently, the toll to cross the Port Mann is $3.15 for cars, pickup trucks and SUVs, $6.30 for medium-sized vehicles, e.g., a car with a trailer or a motorhome, and $9.45 for commercial vehicles.

Bills for tolls up to and including Thursday, Aug. 31, 2017, will still need to be paid. The process for bill payment will remain in place during the transition. The tolling for both bridges will stop at midnight on Aug. 31, 2017.

New Changes For The Port Mann Bridge – This Time – Eastbound

Be the first to comment on "Tolls On Port Mann, Golden Ears Bridges END Friday September 1"