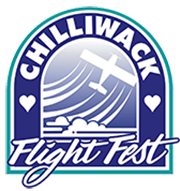 Chilliwack – Chilliwack’s Flight Fest, one of the last FREE airshows in Canada, has been grounded due to apathy. There are concerns that is may not come back in 2018 if at all. Controversy has also dogged the show, from noise and traffic complaints from neighbours. Super Dave Matheison left the show in 2015 after constant bickering over his practice time at Chilliwack Aiport.

That story can be found here.

The Flight Fest relies on volunteers and corporate support, and those dollars and manpower have dwindled to a trickle, if not dried up completely.

Now comes word through the Facebook page of Flight Fest, that the 2017 show is a no-go.

We’ve had many phone calls and emails about the Chilliwack Flight Fest this year. Unfortunately, at this point in time we regret to inform you that the Chilliwack Airshow will not be taking place in 2017.

In order to put on the Flight Fest, we require a minimum amount of funding and volunteers, both of which we do not have enough of to move forward with this years show.

We encourage all of you who value the Flight Fest to please attend the AGM in the fall and get involved as it will not move forward without the hard working volunteers it needs.

We hope to see you in 2018!
Chilliwack Flight Fest

What Has “Super Dave” Matheison Been Up To? (Literally)

2017 Has Been An Up And Down Year For Chilliwack Airport