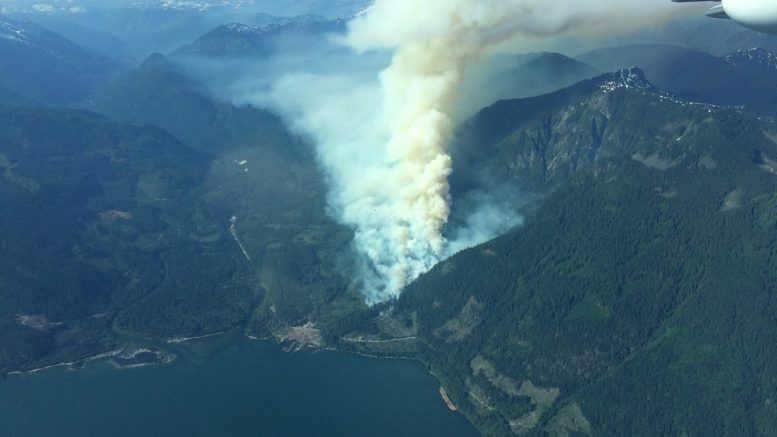 Harrison Hot Springs – JULY 17 UPDATE –  This fire has grown by a few hectares and now stands at 188 hectares and back to 20% contained. The Fire Camp has been demobilized, although crews are continuing to maintain existing control lines and are working to expand these lines. The FSR remains closed at this time.

It is critical for the public to respect the Harrison Lake East Forest Service Road restrictions and closures at the 20km and 42km markers, for their own safety. This area is still an active fire and is considered hazardous.

JULY 9 UPDATE – While the fire has grown, containment has grown with it. BC ildfire Service says this fire, does not pose a threat to the Village of Harrison.

An Area Restriction Order and a Forest Service Road Closure has been issued to clear this area of recreationalists.

These restrictions have been put in place as a result of the current high forest fire hazard and fires burning in the area that pose a significant threat to public safety, and further supports on going fire suppression activities.

JULY 7 – 7 PM UPDATE – With temperatures this weekend expected to be above seasonal norms, the BC Wildfire Service is encouraging people who are planning recreational activities in the Harrison Lake area to use caution and remain vigilant.

The BC Wildfire Service has taken the following steps to assist firefighters in the area and protect public safety:

As of this afternoon, firefighting aircraft were taking water out of Harrison Lake to support fire suppression operations. The public is asked to refrain from boating in the area between Cogburn Beach and Long Island so that they do not disrupt air operations.

Ministry staff will be stepping up patrols in these areas this weekend to ensure compliance with these measures.

JULY 7  – 9AM UPDATE  –  BC Wildfire Services says the fire north of Harrison is now at 135 hectares and  20% contained. The Village of Harrison is not threatened at this time and the Annual Folk Fest will go on as planned.

JULY 4 UPDATE – The Harrison fire is now at 115 hectares and the wind was coming from the south and heading north. The good news is that it keeps the smoke from the town of Harrison but it continues to fan the flames along the area. Crews say the terrain is rugged and difficult to manage.

JULY 3 UPDATE – BC Wildfire Service confirms that the Harrison Lake East fire is now 5% contained, but still considered an out of control fire. It has burned some 50-60 hectares. Rene Lemckert is an avid backcountry enthusiast and recently told the Province newspaper that after a recent ride up the Harrison East Forest Service Road, he came across a pile of recently used fireworks tossed on the side of the road.

JULY 2 UPDATE -As of 6PM the Harrison Lake East fire remains at an estimated 60 hectares in size.

This human-caused fire is burning in steep terrain in a heavily used recreation area above the east shore of Harrison Lake, 30 kilometres north of the community of Harrison Hot Springs.

Crew access to the area has been impacted by constrictions along the Harrison Lake East Forest Service Road. The road is single-lane for much of its distance, with vehicles parked on both sides of the road. In some places, the parked vehicles are preventing the passage of low beds containing heavy equipment.

An area restriction has been issued to clear this area of recreationalists and allow free movement of equipment and staff to the fire site.

A Notice to Leave a Specified Area Order has been issued to clear all individuals from an area near the Harrison Lake East fire.

The fire is approximately 30 kilometres north of Harrison Hot Springs, on the eastern side, near the mouth of Big Silver Creek. The area specifically affected is:

The fire is currently estimated to be 60 hectares in size. Visibility prevents firefighters from getting an accurate size at this time.

Visibility continues to be an issue as there is smoke and cloud cover in the area due to an inversion. It is expected that as the inversion lifts, winds will rise to 15 to 20 kilometres per hour, resulting in increased fire behaviour. This will make the fire more visible to the surrounding area. 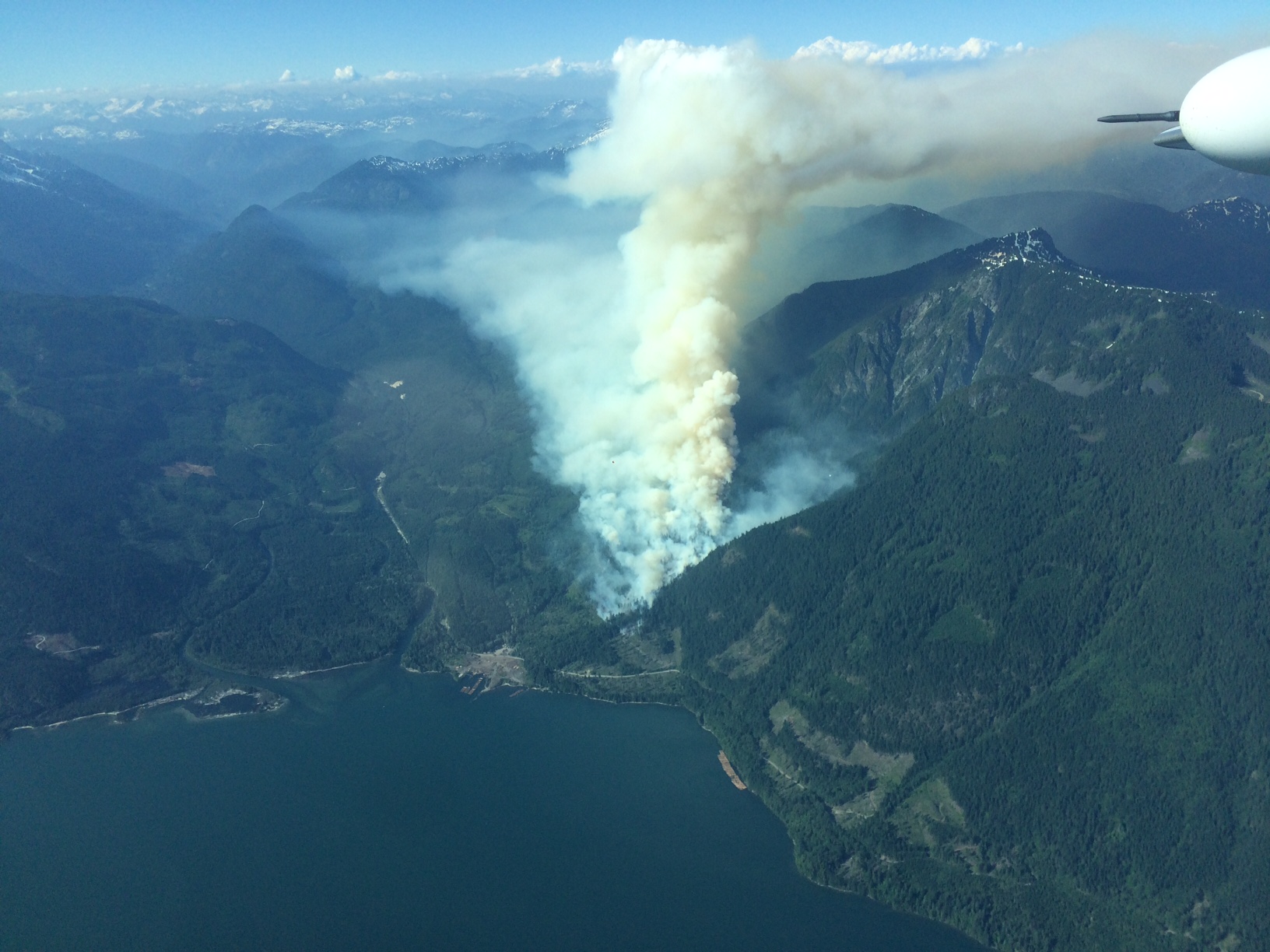 Depending on the prevailing winds, smoke can travel long distances. For information about air quality and satellite imagery from the Western Canada Smoke Forecast, please go to: http://firesmoke.ca/

The fire is person-caused, although not a result of industrial activity. The fire cause is under investigation.

As of Sunday, there are four officers, 63 firefighters, a water tender, five helicopters and airtanker support (as required) on the fire.

(Agassiz Fire) The Agassiz Fire Department is aware of the fire up at 30km of Harrison East Forrest Service Road. We would like to remind everyone to stay clear of fire personnel and equipment who are actively trying to stop the fire, and will update if there are any immediate changes. While the suspected human caused fire is estimated to be 60 hectares in size, there is no immediate fire danger to Rockwell Drive residents. 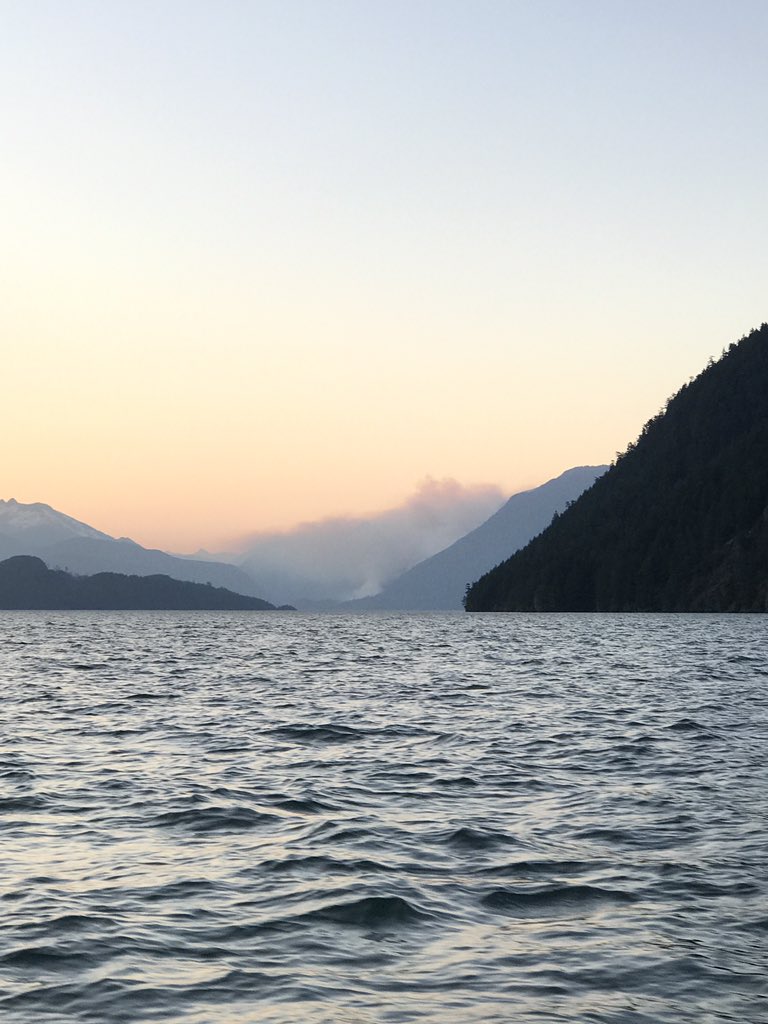 Over 43 fire crew members are working the 20 hectare blaze. BC Wildfire Service has not said how this fire started.

So far there are no homes or buildings in the path although the fire could reach the beach on Harrison Lake.

Three choppers and an air tanker crew are working the fire.

Open Letter Of Thanks From BC Fire Chiefs To Wildfire Service