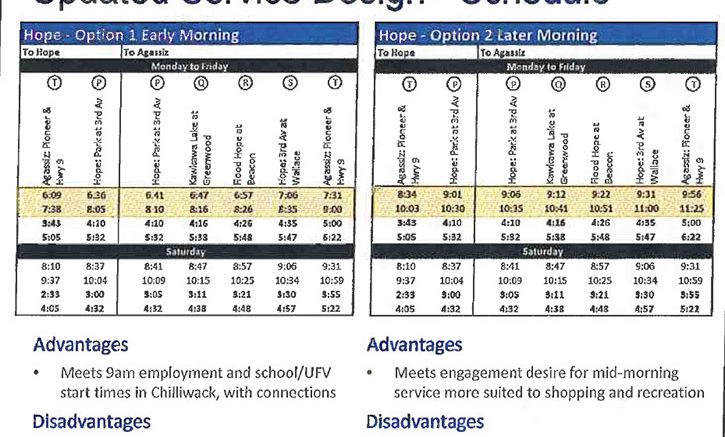 Hope/Agassiz/Harrison/Chilliwack – Implementation work has begun for a dedicated transit route to the Hope region. The new route, which will include a connection to the Agassiz-Harrison service, will depart four times a day, six days a week.  The new route is proposed to travel through the community of Hope, Silver Creek, Seabird Island and travel down the Lougheed Highway to Agassiz.

The new service being proposed will connect Hope to the already growing Chilliwack Transit System and the Fraser Valley Express, connecting Hope to Abbotsford, Langley and the rest of the lower mainland.

The will be called Route 22.

The proposed route and accompanying schedule was informed by previous public feedback collected for the 2012/2013 Transit Future Plan, and additional open houses and online surveys undertaken in 2016/2017. The next step in the process is to confirm the routes, schedules, and fares with our local government partners.

“BC Transit is committed to working with its partners to expand transit services across the province,” said BC Transit President and CEO Manuel Achadinha. “This implementation of service in Hope will help us better connect people and communities in the region with efficient and effective transit service.” 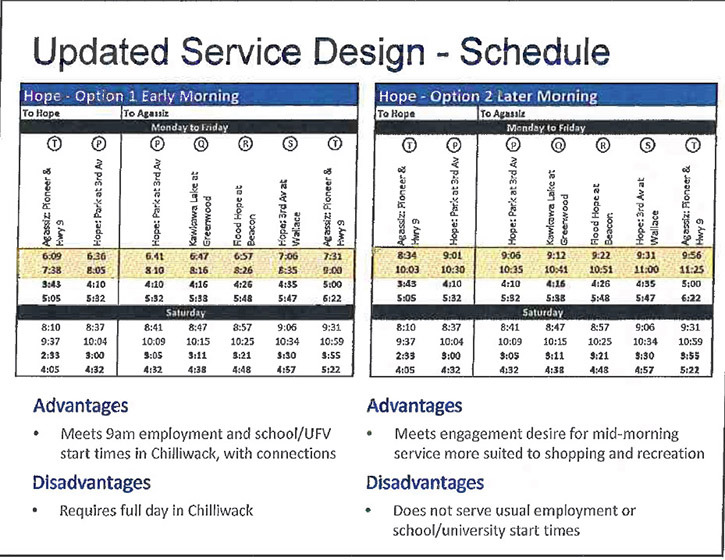 Coroner’s Inquest Into Death Of Rene Armand Vaugeois Of Agassiz