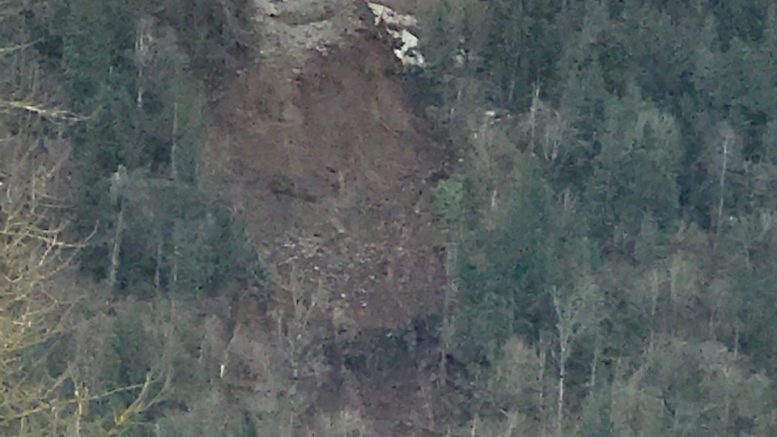 Chilliwack –6PM UPDATE – Global TV reported that Vedder Mountain Road has re-opened, however the geo-technical investigation continues. Blasting at the quarry at the top of the mountain has not been ruled out as a possible cause. Mayor Gaetz was quick to point out that the recent weather may have also played a part in the slide.

A Geotechnical engineer is currently onsite conducting an assessment. The City cannot speculate on the cause of the slide, at this point.

Updates will be posted on the city’s website as they become available at https://www.chilliwack.com/main/page.cfm?id=2706

ORIGINAL STORY – 10:30 AM SATURDAY – Reports started coming into FVN around 10:30 AM Saturday Morning, about a rock slide on Vedder Mountain Road, near the Parmentor gravel pit.

Chilliwack Fire and Chilliwack SAR Search and Rescue have blocked off Vedder Mountain Road from Giesbrecht to the Cultus Lake lights and are doing the evacuation and assessment.

Chilliwack Mayor Sharon Gaetz says that three homes have been evacuated as a precaution with two large boulders sitting precariously on a perch.

Gaetz told the Province newspaper: “there was no damage to the homes, which are at the bottom of the mountain, but several large boulders remained in a precarious position on the slopes above.”

“The biggest relief for us is that the residents are safe,” she said.

Considering the recent weather and possible erosion from that, this slide could have been waiting to happen for quite some time. Social media posts to FVN commented that this area was prone to slides back in 2009.

RCMP Staff Sergeant Deron Brown says work above the homes may be to blame.

“There’s a company up above doing blasting and they have the permits to do so. It’s a rock quarry and some of the debris, I believe, from the blasting came down on the houses — like not large amounts, just small.”

Geotechnical crews are on scene assessing the situation. 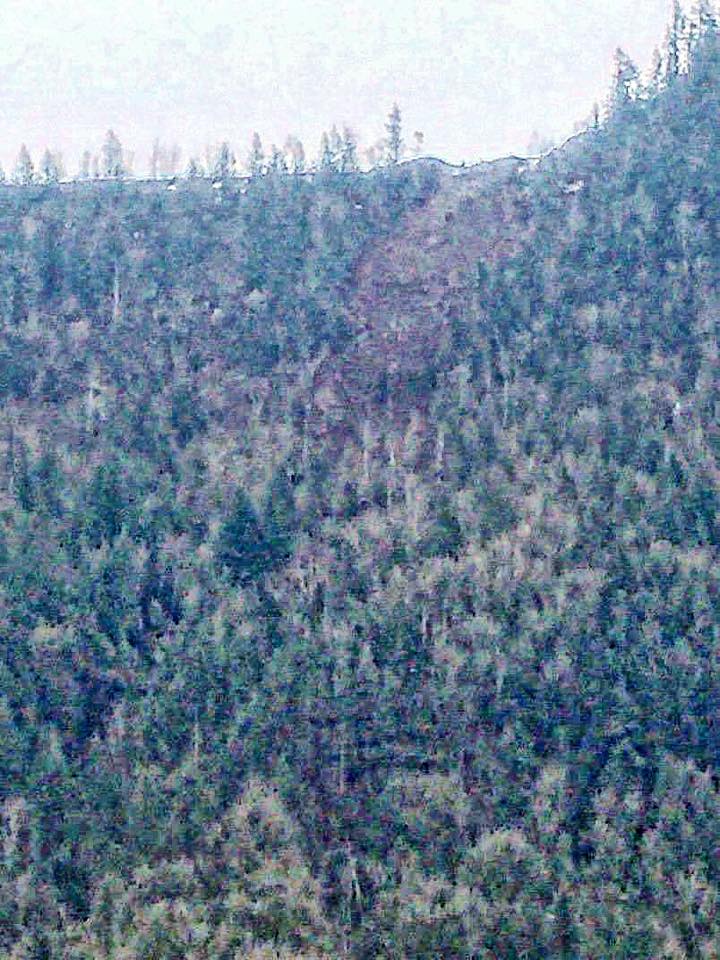 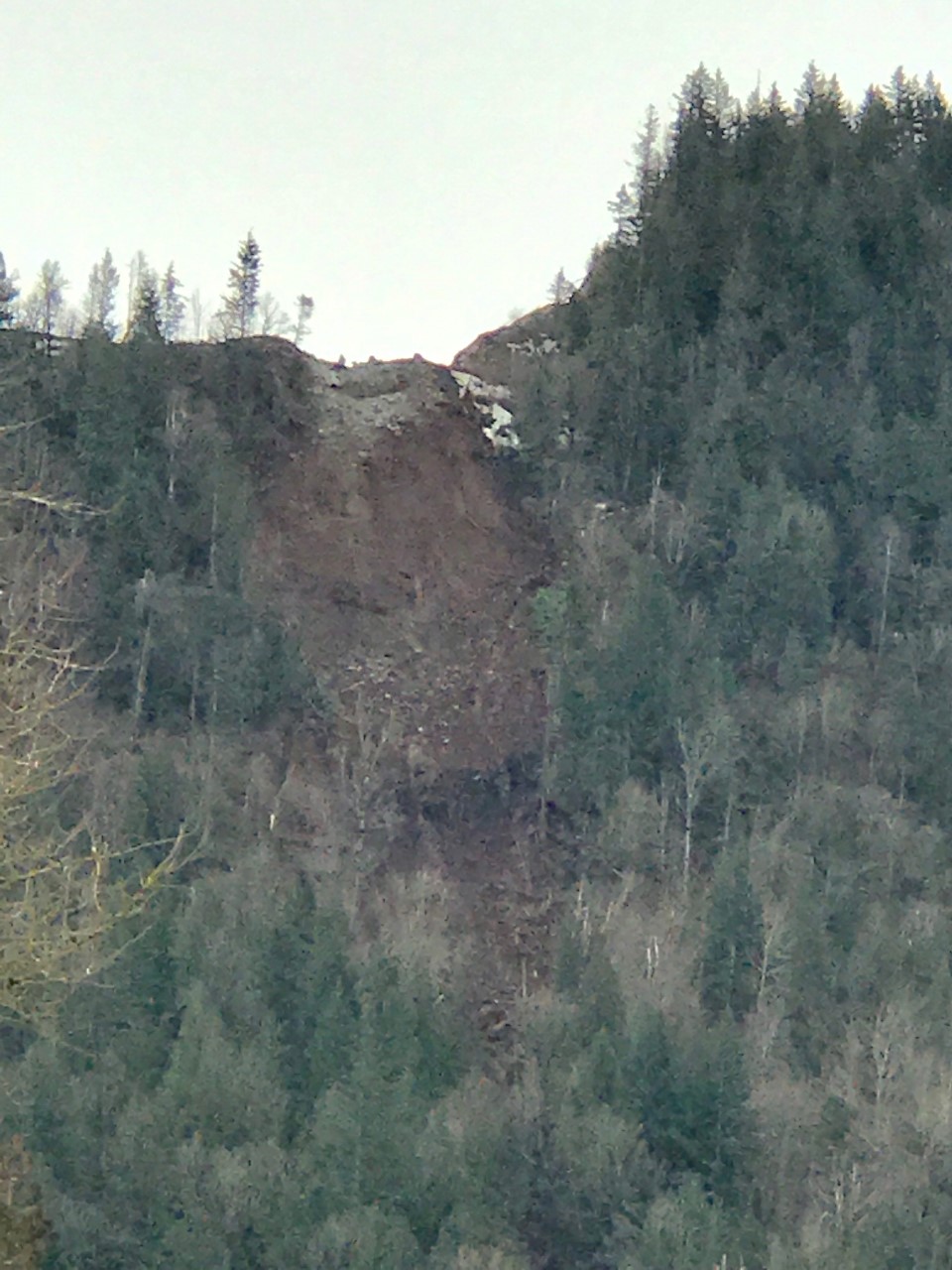 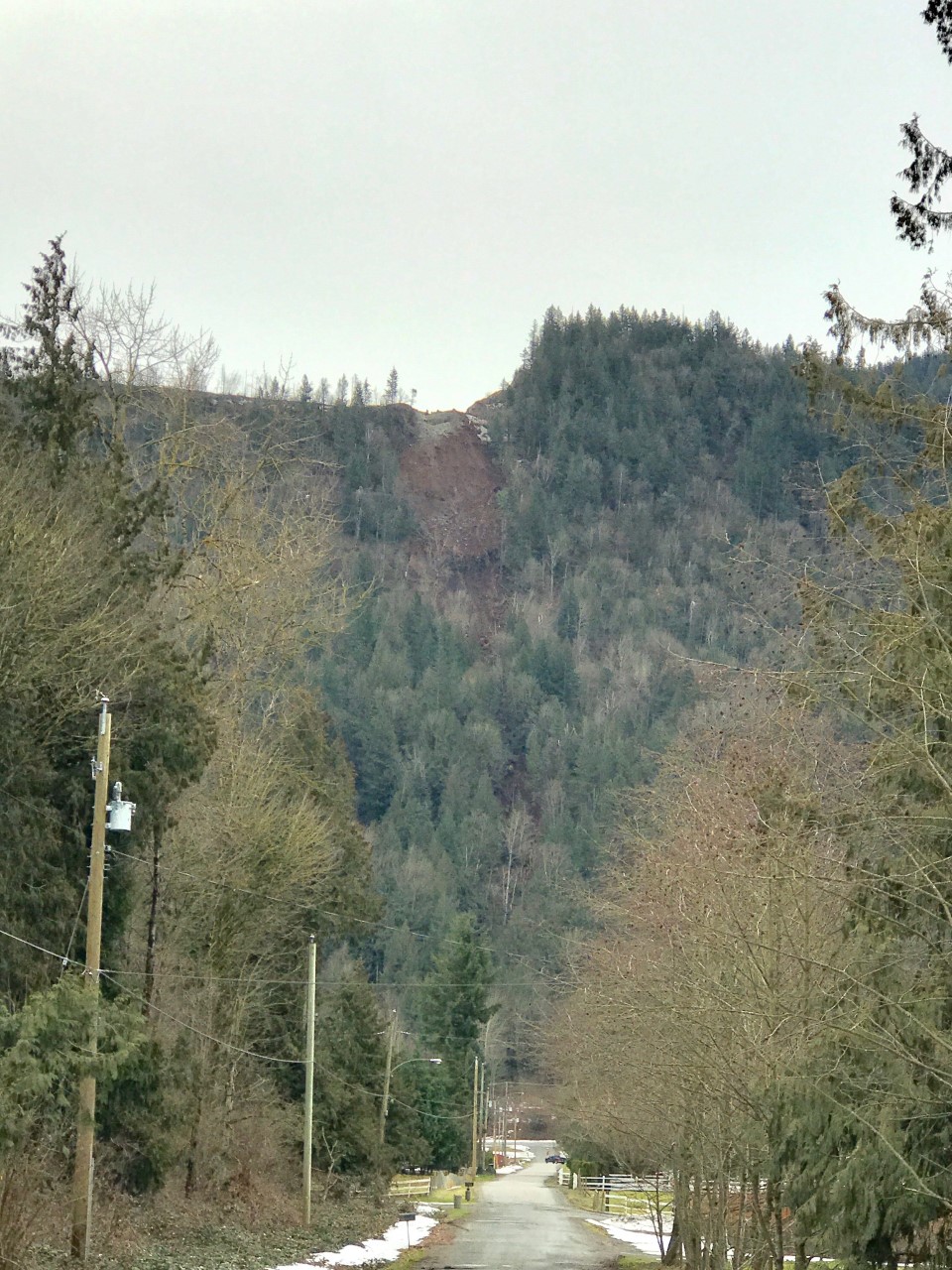 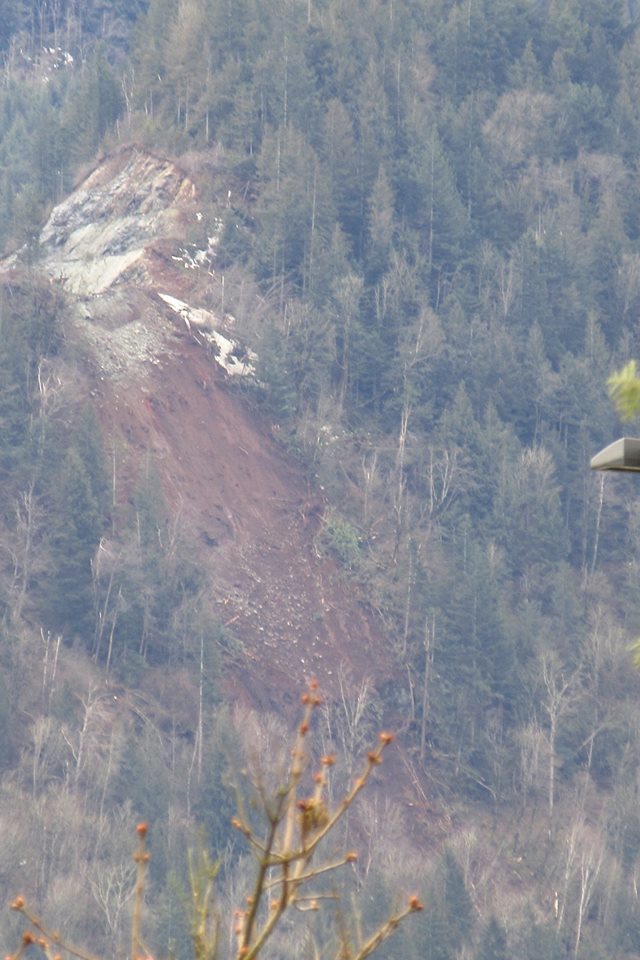