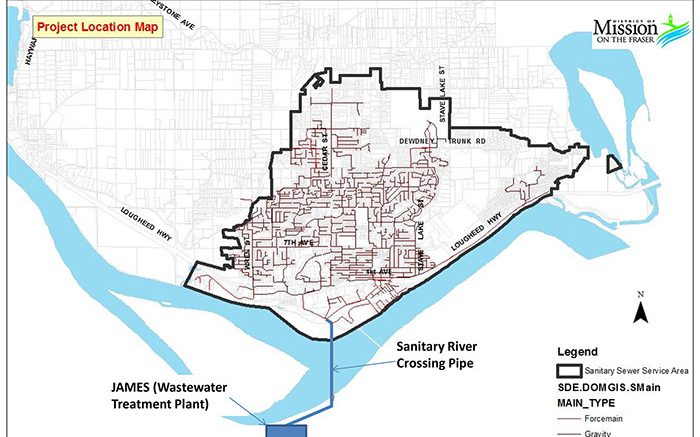 Mission/Abbotsford – A one mile stretch of sewage pipe between Mission and Abbotsford has become a major concern for Mission Mayor Randy Hawes, let alone the two communities. The pipe that was built in 1983, is the only line that carries Mission’s sewage from the city, across the Fraser River and into the James Treatment plant in Abbotsford.

The pipeline is approximately at the half way point of its lifetime. The problem is that the pipe is constantly under pressure and the way the set up is, it is not practical to place a camera within the pipe, then travel through to let engineers have a look at the wear and tear.

Hawes’ concern is that if there is significant erosion, that pipeline would blow and that would mean a torrent of raw sewage thundering into the Fraser River and crating one smelly mess, let alone environmental disaster for communities downstream.

Here’s the catch. A second sewage line under the river would cost $8 million. The district applied for Provincial and Federal infrastructure grants to help pay for the second line.

The project was turned down.

FYI : Mission discharges its wastewater to the Joint Abbotsford Mission Environmental Systems (JAMES) plant through a 60 cm river-crossing pipe for treatment. The pressurized pipe built in 1983, lies on the Fraser River bed. If it cracked or blew, well….you get the picture. The proposed new project would allow the installation of some 2,410 metres of a 75 or 90 cm pipe from Mission to the James waste water treatment plant. 950 metres would be in a dredged trench on the bottom of the Fraser River close to the existing pipeline.

Maple Ridge-Mission MLA Marc Dalton (Liberal) said he has examined the grant request but so far nothing has happened.

Now that could change between now and May as the Provincial election is coming and that would be a potential election issue if enough people made a fuss. 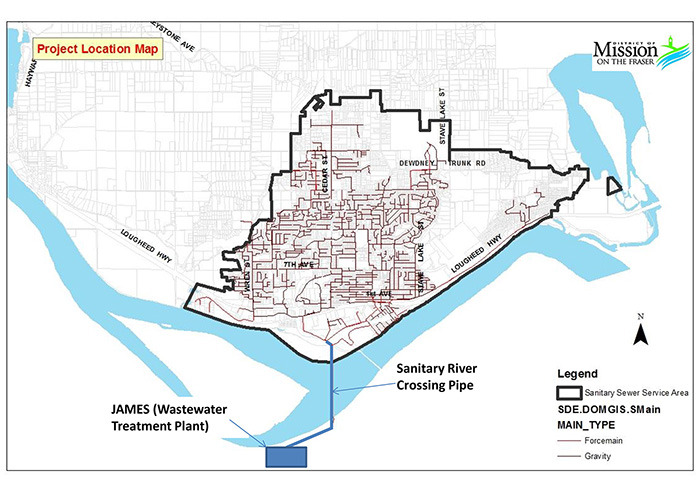