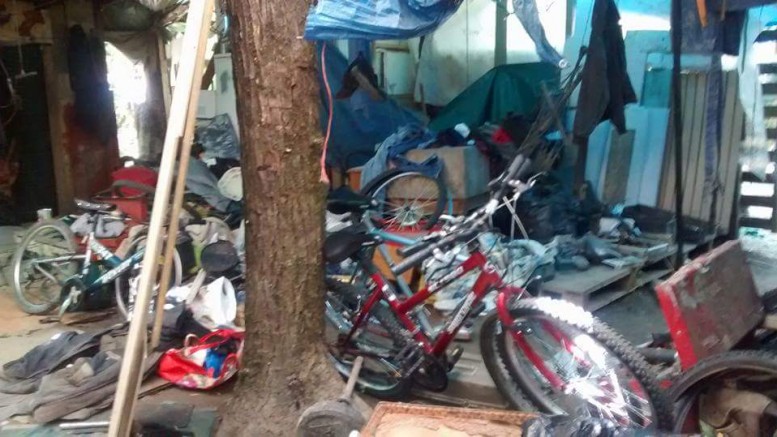 Abbotsford – Both sides in the dispute over where Abbotsford homeless can pitch a tent, are claiming victory, however the bottom line is that the City will have to fork over some $300,000 in court costs.

All this started two years ago when in 2015, a B.C. Supreme Court’s chief justice declared that a group of homeless advocates won the trial that overturned Abbotsford’s bylaws prohibiting overnight camping in its parks.

The Gladys Avenue encamped was drawn into this fray and eventually a temporary winter camp was set up in construction trailers on Riverside. That also included the bear spraying of a free lance cameraman by a homeless woman. She has since been charged with assault.

The B.C./Yukon Association of Drug War Survivors (DWS), a group of homeless men and women, were seeking $1M.

The decision in its entirety is here. Pardon the legal language.

In his final decision, B.C. Supreme Court Chief Justice Christopher Hinkson declared the city of Abbotsford must allow some overnight camping, but could put up limits. That was basically the sunset to sunrise rule.

Be the first to comment on "Just Who Won Abbotsford Homeless Court Case?"