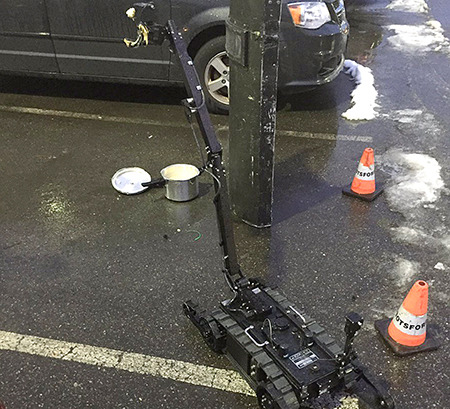 Abbotsford – How to create tension and fear during the holidays? Leave a pressure cooker in the parking lot of YXX Abbotsford International Airport.

Early Wednesday Morning around 7AM, a call went into Abbotsford Police about a pressure cooker found in the airport parking lot. After a bomb serching robot checked out the cooker, there were a few chuckles when it was discovered that it contained soup.

APD spokesman Constable Ian MacDonald admitted that times were tense for a while as thoughts and fears of a repeat of the 2013 Boston Marathon bombing, were racing through everyone’s minds.

MacDonald said his crew are pretty sure that someone was en route home with the broth, set it on the ground as they loaded their suitcases into their car from YXX, and (ooops) left it behind as they drove away.

No, Police didn’t keep the broth, and they have not found the “owner/cook.” Considering how embarrassing this might be, don’t expect anyone to come forward.