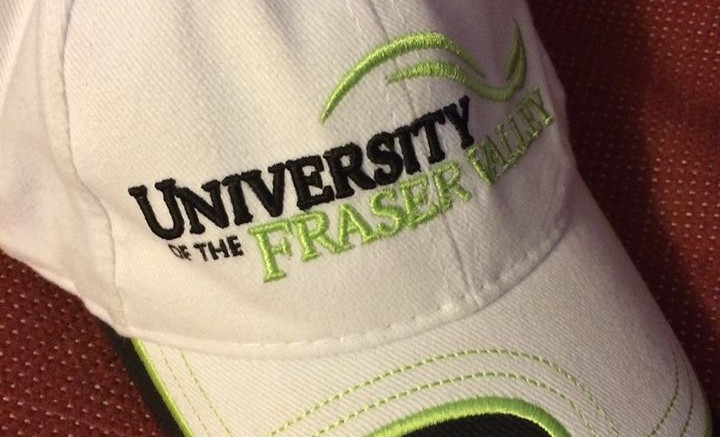 ABBOTSFORD – A fascinating goalkeeper duel between brothers David and Andrew Hicks broke the Trinity Western Spartans’ way on Sunday evening, as they edged the University of the Fraser Valley Cascades 2-0 in Canada West men’s soccer action at MRC Sports Complex.

The Spartans got goals from Leighton Johnson and Aidan Moore in the final 10 minutes of play to secure the victory and salvage a weekend split with the Cascades. UFV had prevailed 4-1 on Friday at TWU’s Chase Office Field.

The result allowed the Spartans (9-3-2) to leapfrog the UBC Thunderbirds to claim first place in the Pacific Division; the Cascades (5-6-1) are tied for third with the Thompson Rivers WolfPack.

“Frustrating,” UFV head coach Tom Lowndes summarized. “I thought for 75 minutes we were the better team, but we didn’t attack with much urgency going forward. Two mistakes by us led to two goals. We’ve got to do better.”

On this night, all eyes were on UFV third-year keeper David Hicks and older brother Andrew, his fifth-year counterpart in the Trinity Western goal. The Hicks brothers were playing their first meaningful game against each other – they had shared the field in an exhibition game a couple years ago when David was with the Kwantlen Eagles – and parents Michael and Janet Hicks were watching from the stands.

The Cascades had the first great chance, as speedy forward James Najman ran onto a long pass and poked the ball around an on-rushing Andrew Hicks. But by the time Najman caught up to the ball again, he was nearing the goal line, and his cross back toward the front of the net was cleared away by a TWU defender.

David Hicks made a spectacular save in the 39th minute to keep the score level, diving to his left to parry a blast from a hard-charging Moore.

In the 81st minute, the Spartans broke the ice – off a free kick from centre, Cody Fransen headed the ball down to Johnson at the top of the 18-yard box and he picked the bottom left corner.

In the 85th, with UFV pressing for the equalizer, Fransen and Moore got away on a counterattack. Fransen fed Moore at the top of the six-yard box and he finished into the bottom corner.

Andrew Hicks had to be sharp in the dying minutes. Off a UFV throw-in, he came charging out to beat Daniel Davidson to the ball deep in the box, and shortly thereafter, he made an acrobatic leap to snare Justin Sekhon’s dangerous cross.

Afterward, Lowndes noted the rarity of having brothers play against each other, particularly at the goalkeeper position.

“It’s a big thing for them, and to be fair, I don’t think David Hicks deserved to concede two goals tonight,” he said. “I was happy with his performance.

“He made a fantastic save in the first half that kept us in the game, and apart from that . . . he’s had two shots against him that he shouldn’t save. Defensively, we let him down tonight. He bailed us out, and we’ve got to be better as a back four and protect him more.”

David Hicks acknowledged it was a “special moment” to go head-to-head with his brother, though the end result stung.

“I’ve watched him since I was young, so it’s nice to play against him at the highest level,” he said. “I’ll probably look back on it and have fonder memories, but right now, it’s kind of hard to take in.”

Both the Cascades and Spartans hit the road this coming weekend for games in the B.C. Interior. UFV takes on the UBC Okanagan Heat on Saturday and the Thompson Rivers WolfPack on Sunday; TWU plays the inverse schedule, facing TRU on Saturday and UBCO on Sunday. All four games are 1 p.m. PDT starts.

Be the first to comment on "UFV Sports Sunday"