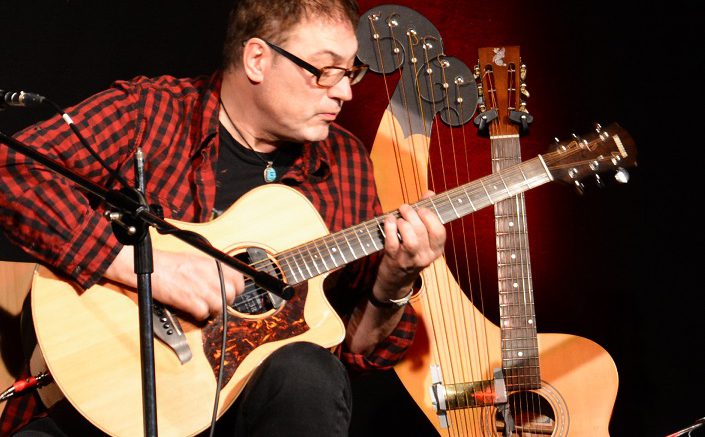 Don Alder’s music is all original, a fusion of jazz, folk, roots, blues, bluegrass and world music. With his special fingerstyle and percussion technique he can create a wall of sound.
Alder tours the world constantly, performing in venues from the size of living rooms to arenas with his unique guitar skills and repertoire of crafted solo guitar and vocal compositions.
He has won multiple prestigious guitar awards throughout his career, including in 2015, the Dominic Troiano Award. In May 2016 Don Alder was nominated again for a Western Canadian Music Award.

Lee Ritenour says: “What can you say about Don Alder?… Plenty! Don is one of the most original guitarists I’ve come across. Unique in his acoustic guitar style, he blends great original compositions with a fantastic rhythmic foundation…. always funky with irresistible grooves. He combines this with his terrific, ear catching melodies. On top of which, he sounds like three guitar players playing at once! :). If you haven’t checked him out, do yourself a favor…well worth knowing Don Alder’s music and playing!”