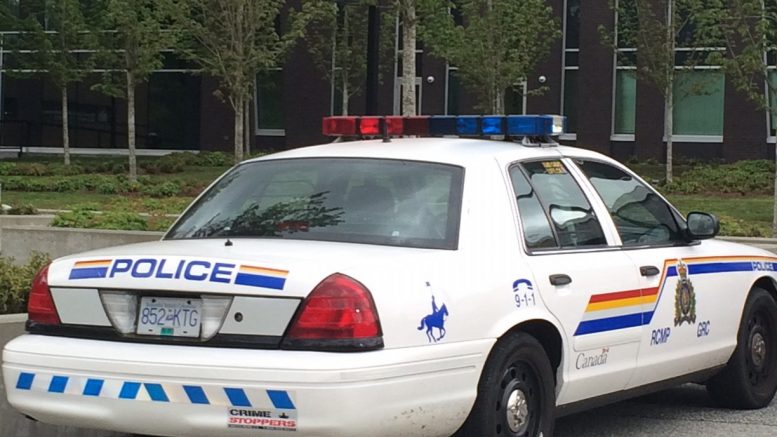 Harrison Mills/Agassiz – Monday afternoon around Noon (August 15, 2016, at approximately 12:22 pm),  members of the Fraser Valley Traffic Services attended Lougheed Highway near East Mill Road after a report that a fully-loaded logging truck had rolled over. Early indications are that the westbound logging truck tipped over on a curb causing the logs to come loose which struck another vehicle resulting in a fatality.
The female driver  was pronounced deceased at the scene.  The driver of the logging truck was not injured.
A nearby power pole was knocked down as a result of the incident and BC Hydro had to turn power off to allow traffic investigators into the scene.
Fraser Valley Traffic Services, with support from the Integrated Collision Analysis and Reconstruction Service are currently investigating.  Lougheed Hwy between Mount Woodside and Mission is currently closed in both directions and not expected to reopen for another six to seven hours.
Motorists are asked to avoid the area at this time.
SHARE TWEET PIN SHARE