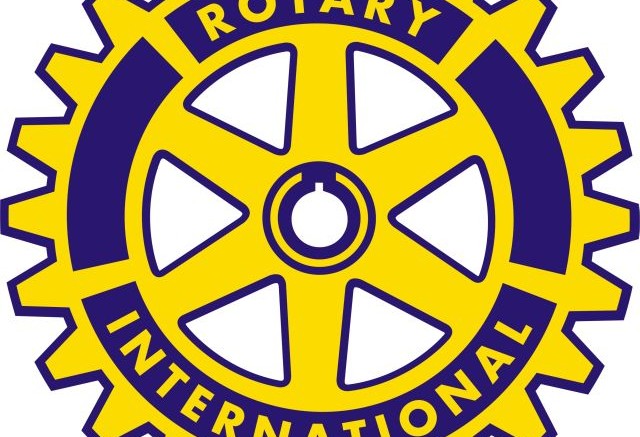 Chilliwack — On Wednesday, June 29, the Rotary Club of Chilliwack Fraser celebrated a new board of directors during an installation ceremony at the Coast Chilliwack Hotel which saw Robert Beischer elected as club president.

Robert Beischer served on the Chilliwack Fraser Rotary board of directors for six years prior to be elected president. He also chaired the Swing Into Spring committee which successful raised $25,000 towards the club’s contribution to the Chilliwack General Hospital Pediatrics Observation Unit in 2016. Beischer is currently the business development manager for Marcom Signs & Graphics. He and his wife, Sabrina, are raising their three-year old son Damian in Chilliwack.

“I am humbled to be the President of this Club of accomplished and dedicated people,” Beischer said in his speech to the club. “We have served our community well and changed humanity for the better. With a year of possibility ahead of us I am eager to see how we as a team, a club, a family, can continue to serve humanity, locally and internationally.”

As part of the evening’s festivities, annual club-level awards were presented. Chilliwack sports organizer Jack Covey was granted a honourary Paul Harris Fellow award; newer member Amy West was chosen as the Rookie of the Year; and Desmond Devnich was selected as the Rotarian of the Year.

The Rotary Club of Chilliwack Fraser was established in 1982, the second of three Rotary clubs in the Chilliwack community. Amongst many other projects within the last year, the Rotary club has financially supported the purchase of a new delivery van for the Chilliwack Bowls of Hope Society, renovations at Ruth & Naomi’s Mission to create new shelter beds, enhancement of the Chilliwack Central Elementary School playground, installation of new computers at the Gateway for Families program, and renovations for a new pediatrics observation unit at Chilliwack General Hospital.

Rotary brings together a global network of volunteer leaders dedicated to tackling the world’s most pressing humanitarian challenges. Rotary connects 1.2 million members of more than 34,000 Rotary clubs in over 200 countries and geographical areas. Their work impacts lives at both the local and international levels, from helping families in need in their own communities to working toward a polio-free world. For more information, visit Rotary.