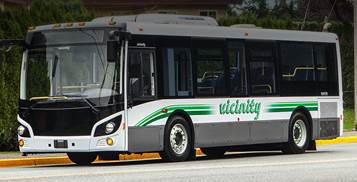 Chilliwack – At Tuesday’s Chilliwack Council meeting, Transit was front and centre, and rolling into a bright future.

Chilliwack council committed to a new transit expansion plan that will eventually see 15-minute service on its busiest bus route, and extended routes to finally service Greendale and Yarrow.

The Chilliwack transit expansion would include:

Bus service introduced to employment/industrial area on weekdays. Other elements of the expansion plans include increased custom transit, or HandyDART services.

BC Transit will plan for the purchase of the seven additional vehicles over three years.

From the Transit notes on the City website regarding the Council’s agenda – “The Chilliwack share of transit funding ($2.4 million in 2016) is provided from transit revenues (about $800,000 or 30%) and property tax (approximately $1,600,000 or 70%). The increase in transit spending described will be partially offset by revenue increases, with the balance of the increase funded by a property tax increase,” according to the staff report to council. “The remaining funds would require an increase in property taxes of approximately 1.0% by 2019, with roughly 0.4% needed in 2017.”

City Councilor Sam Waddington told FVN -“It’s the largest single investment in public transit in the cities history and I am excited to see this move forward towards a greener future.”

This is the largest step since the introduction of the FVX #66 – the Fraser Valley Express, connecting Chilliwack through Abbotsford to Langley and onto Skytrain.

Also Mayor Sharon Gaetz said that Hope is looking at the possibility of joining the FVX #66 route, in the future.