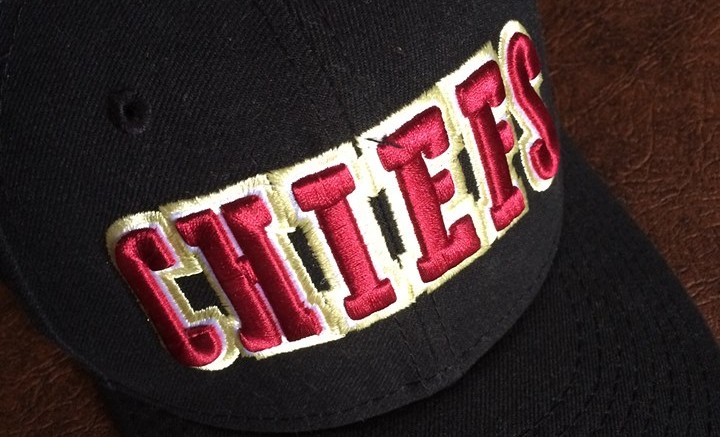 Vimal Sukumaran had three goals for the Chiefs who dominated play and out-shot the visitors 33-19.

With a bit of puck luck would have been a rout. As it is, Chilliwack needed dramatic third period heroics to earn the W.

Wenatchee opened the scoring just 2:58 into this one, with a helping hand from the referees.

Working off the left boards, Mike Coyne put a centering pass into the slot for Kyle Stephan, who fired the puck at Chiefs netminder Aidan Pelino. The stopper left a rebound on the doorstep, and no one in stripes noticed Colin Burston directing the puck across the goal-line with his left skate blade.

Refs Troy Paterson and Tyler Hawthorne ignored the boos raining down from the crowd, the pleas of Chilliwack bench boss Jason Tatarnic and the replay showing on the giant TV screen above their heads, pointing to center ice.
The Chiefs battled back midway through the opening frame on Sukumaran’s first of the night.

Credit Connor McCarthy for starting the play, holding the right point against three Wild defenders. Jordan Kawaguchi emerged with the puck, swooped right-to-left across the slot, waited until Wenatchee D-man Tyler Rockwell dropped to one knee and fed it back across the goal-mouth to Sukumaran.

Camped by the right goal post, the BCHL’s rookie of the year snapped it past Wenatchee goaltender Chase Perry.

Burston’s second of the game restored the Wild lead at 3:53 of period two and again, it was Sukumaran drawing the home team even.

This time he took a lead pass from Kale Kane, got a step on Wenatchee defenceman Bryon Yoon and fought off the blueliner as he cut hard to the net. Sukumaran evaded Perry’s pokecheck and chipped the puck past the keeper with 6:18 to go in period two.

Suk completed the hat-trick 7:59 into the final frame, finishing another two-on-one rush with Kawaguchi.

Wenatchee D-man Austin Chavez was the lone man back as Captain K flew down the right wing. Chavez failed to stop the pass across the slot, and Sukumaran one-timed the puck past Perry.

Wenatchee rallied at 10:09 as Blake Christensen collected a carom off the end boards and popped the puck past Pelino on just the 15th Wild shot of the game. But Chilliwack regained the lead less than two minutes later on a Darien Craighead goal, with No. 7 crashing the crease to punch home a Jeremy Germain centering feed.

Chilliwack killed off a Ryan Forbes tripping minor and held on as Perry came to the bench in the final minute for an extra attacker.