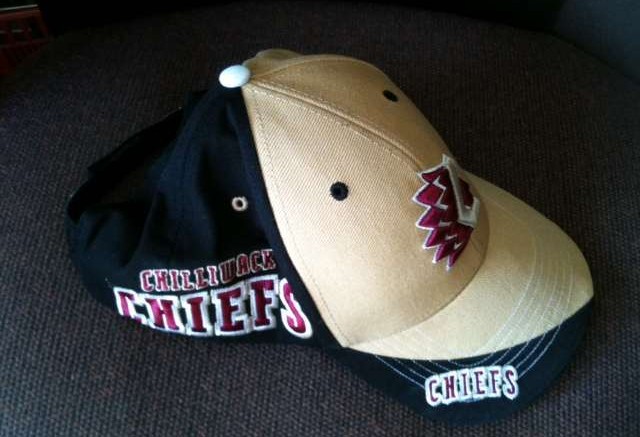 Powell River – Darien Craighead scored his second goal of the game with 14 seconds left in the third period to help the Chiefs earn a come from behind 4-4 tie in Powell River Friday night. Powell River defenseman Nick Nonis’ goal at the 2:04 mark of the opening period was the game’s only goal through forty minutes.

The Kings increased their lead to 3-0 with goals by Liam Lawson and Kyle Betts just under two minutes apart early in the third period.

Just 32 seconds later Craighead scored his first of the night to get the Chiefs within two.

Two minutes later Ryan Bechtel scored his third of the season to narrow the Kings lead to one.

Adam Brubacher’s 18th goal of the season at 11:21 moved the lead back to two.

With 2:09 left and goaltender Matteo Esposito on the bench for the extra attacker Jeremy Germain once again got the Chiefs to within a goal.

With Esposito still on the bench, Craighead was left alone in the Kings right faceoff circle where he made no mistake taking a pass from Dennis Cholowski and rifling his 20th of the season past Kings netminder Jake Smith.

Chilliwack is back in action Saturday night when they travel to Duncan to take on the Cowichan Valley Capitals.

Be the first to comment on "Chiefs Tie Up Powell River"