Chilliwack, BC (CBC/CKNW/Star FM/News1130) – The BC Coroner has released the official cause of death of the two teens killed over the weekend in an MVA near Peg Leg . A memorial has been set up at Chilliwack Secondary School, where the boys went to class. The boys names were released on social media before the official announcement was made. That included a  Tweet from Chilliwack Mayor Sharon Gaetz.

The BC Coroners Service has confirmed the identities of two young men who died in a motor vehicle incident in Chilliwack on Jan. 10, 2016.

The young men are Connor Dash and Gerritt Niessen, both aged 18, of Chilliwack, B.C.

Connor and Gerritt were travelling in a vehicle that was recovered from the Fraser River. Investigation suggests that their vehicle travelled off the roadway in the 46700 block of Ballam Road in the early morning hours of Jan. 10, 2016, overturning down an embankment and continuing into the river. Both young men were deceased at the scene.

The BC Coroners Service and Chilliwack RCMP continue to investigate the deaths.

The families of Connor and Gerritt have been notified of their deaths. On behalf of their family members, the BC Coroners Service asks that the media respect their privacy at this difficult time.

ORIGINAL STORY – Two men are dead after a vehicle plunged into the Fraser River off Ballam Road near McDonald Road in Chilliwack.

The vehicle was traveling down a gravel road when it went over an embankment, down about 20 feet and then submerged just below the surface of the Fraser river.

Chilliwack Mayor Sharon Gaetz took to social media to send condolences to the families of  Gerrit Niessen and Connor Dash.

Chilliwck RCMP released their official statement on January 11 –Two young men died when the truck they were travelling in left the road early on Sunday morning.

On January 10, 2016 at approximately 1:00 a.m. RCMP received a report of a vehicle in the Fraser River in the 46000 block of Ballam Road.  General Duty officers supported by Chilliwack Fire Department and Chilliwack Search and Rescue immediately arrived at the address where two 18 year old men from Chilliwack were found deceased inside of the vehicle.

Police are continuing their investigation to determine the cause of the incident.

Victim Services is engaged with the families of the two men.

“The tragic deaths of these young men has had an impact on the entire community,” said Cpl. Mike Rail.

Police are urging anyone who may have witnessed this incident to contact the Chilliwack RCMP at or, should you wish to remain anonymous, call Crime Stoppers at (TIPS).

Chilliwack Search and Rescue member Doug Fraser says they initially tried to get on scene with their jet boats.

“The ice in the channel was over an inch thick so we had to turn back.”

Fraser says they eventually managed to scramble down the bank and float out to the vehicle.“We were able to haul the vehicle out of the river and up the bank.”

Fraser believes weather was a factor. “The gravel road was extremely icy, with probably a good inch of solid ice.” 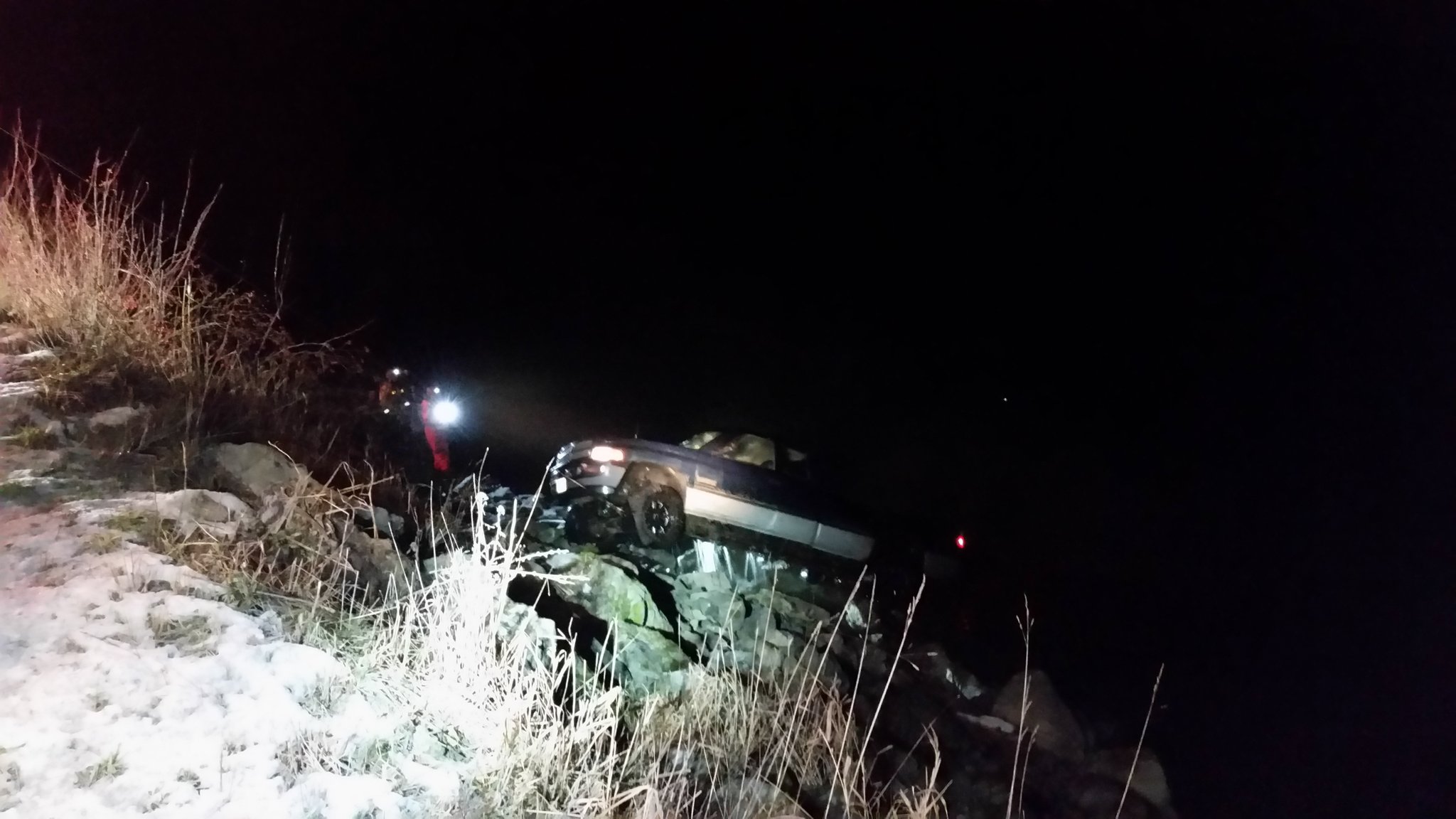 Chilliwack #SAR aided in the recovery of a submerged truck from the Fraser River, Photo Courtesy of Chilliwack SAR ‏@ChilliwackSAR