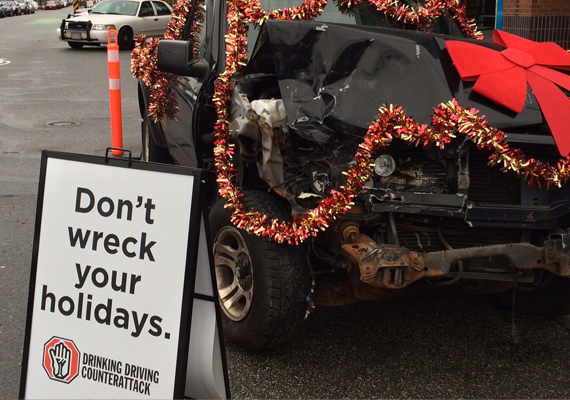 While attitudes toward drinking and driving have changed considerably over the years, 86 lives are still lost every year in B.C., representing more than a quarter of all car crash fatalities.*

That’s why the B.C. government, police and ICBC are urging drivers to plan ahead and make smart decisions to get home safely this holiday season. Starting today, CounterAttack roadchecks will be set up by police across the province to keep impaired drivers off our roads throughout December.

ICBC is helping to prevent impaired driving this December with an education campaign, funding for CounterAttack roadchecks and promotion of designated drivers with businesses, sports facilities and community groups.

It’s also the 20th year that ICBC has supported Operation Red Nose, a volunteer service in 25 B.C. communities that provides safe rides to drivers who have been drinking or feel too tired to drive during the holidays. This service is available now until December 19 on Friday and Saturday nights and on New Year’s Eve.

Get more stats and facts from ICBC’s infographic and learn more about the CounterAttack campaign on icbc.com.

Kids Are Out Of School – Drive With Care

Be the first to comment on "Annual ICBC Holiday Counter Attack"