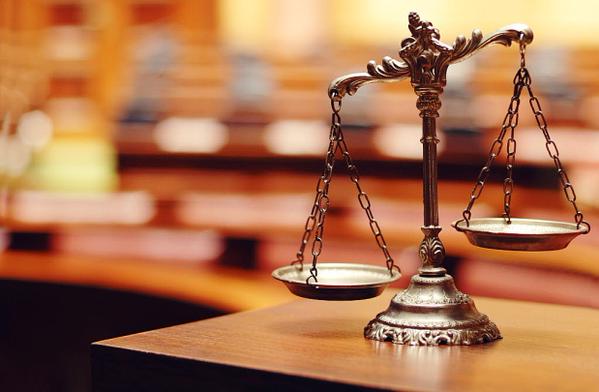 Chilliwack/Victoria –  Back on August 5, 2014, a male suspect, in trying to elude police and avoid arrest, jumped over a fence close to the edge of a steep embankment.

This started from a complaint about a stolen van and a sighting that the alleged suspect had a gun. The van was chased by Police and trapped in a cul-de-sac. The suspect left the van on foot, and while trying to elude RCMP, jumped a fence which happened to be on the wrong side of a cliff.

The Independent Investigations Office (IIO) referred the case to the Criminal Justice Branch (CJB) to assess whether a number of officers who were apparently in the area when the suspect went over the edge, should be charged with an offence. The CJB found there is no evidence that could specifically identify any one or more of the subject officers as having kicked, pushed, or hit the complainant so as to cause him to fall off of the embankment.

The entire decision from the CFB is here:

The Criminal Justice Branch (CJB), Ministry of Justice, announced today that no charges have been approved against any police officers involved in an incident in Chilliwack on August 5, 2014 in which an individual suffered injuries when he tumbled down a steep embankment. The Independent Investigations Office (IIO) conducted an investigation and subsequently submitted a Report to Crown Counsel (RCC) for review by the CJB.

In this case the CJB has concluded that the available evidence does not meet the CJB’s charge assessment standard for approval of any charges against police in connection with the incident.

A Clear Statement explaining the decision is attached to this Media Statement.

In order to maintain confidence in the integrity of the criminal justice system, a Clear Statement explaining the reasons for not approving charges is made public by CJB in cases where the IIO has investigated the conduct of police officers and forwarded a report to CJB for charge assessment.

On August 5, 2014, a male suspect, in trying to elude police and avoid arrest, jumped over a fence close to the edge of a steep embankment. He then went over the edge of the embankment and suffered injuries. The matter was investigated by the Independent Investigations Office (IIO) and was subsequently referred to the Criminal Justice Branch (CJB) to assess whether a number of officers who were apparently in the area when the suspect went over the edge, should be charged with an offence. The CJB has concluded, based on the available evidence, that it would be impossible to prove that any of the officers involved in the incident committed any offence. Although there is evidence that some or all of the subject officers were heading towards the embankment, or ultimately ended up nearby, there is no evidence that could specifically identify any one or more of the subject officers as having kicked, pushed, or hit the complainant so as to cause him to fall off of the embankment.

The statements of the suspect are the only evidence that might implicate any police officer in having caused or contributed to his injuries, and are insufficient to found a criminal conviction against any officer. As a result no charges have been approved in the case.

This Clear Statement contains a summary of the evidence gathered during the IIO investigation, and the applicable legal principles. These are provided to assist in understanding CJB’s decision not to approve charges against the officers involved in the incident. Not all of the evidence, relevant facts, case law or legal principles considered are discussed.

The charge assessment was conducted by a senior Crown Counsel, with no prior or current connection with the officers who were subject of the IIO investigation.

Charge Assessment and the Criminal Standard of Proof

The Charge Assessment Guidelines applied by the CJB in reviewing all Reports to Crown Counsel are established in Branch policy and are available online at:

In making a charge assessment, Crown Counsel must review the evidence gathered by investigators in light of the legal elements of any offence that may have been committed. Crown Counsel must also remain aware of the presumption of innocence, the prosecution’s burden of proof beyond a reasonable doubt and the fact that under Canadian criminal law, a reasonable doubt can arise from the evidence, the absence of evidence, inconsistencies in the evidence or the credibility or reliability of one or more of the witnesses. The person accused of an offence does not have to prove that he or she did not commit the offence. Rather, the Crown bears the burden of proof from beginning to end.

In any criminal prosecution, the onus is on the Crown to prove every material element of the offence beyond a reasonable doubt. Proof of the accused’s identity, as a principal offender or a party to the offence, is a mandatory element of every offence. Mere presence at the scene of an alleged offence is not sufficient to found criminal liability.

The Circumstances of the Investigation

At approximately 3:40 a.m. on August 5, 2014 police received a 911 call advising, among other information, that a suspect was intentionally damaging a residence in Chilliwack by driving a stolen van into a garage door. The caller also reported that the suspect appeared to have a gun, although the caller could not actually see the gun.

Police responded to the call and set up a perimeter around the property in question.

One of the responding officers observed a vehicle’s taillights emerging from the roadway leading to the residence. He caught up to the vehicle and confirmed from the licence plate that it was a van which had been reported stolen the previous day.

The van drove erratically, apparently trying to elude two police vehicles which were following it.

One officer was able to catch up to the van and see that there was “a single male occupant in the vehicle…with something dark” in his hand. The officer was unable to identify the lone occupant or exactly what he was holding. He pulled ahead of the van and then pulled over. Two other police vehicles, with their emergency lights activated, pursued the van up a hill towards a cul-de-sac.

The available evidence indicates that once the vehicle reached the cul-de-sac it went off the road and could not travel any further. The suspect jumped out of the vehicle and ran into the bush, which was essentially the top of a steep embankment or cliff.

Another officer drove his police vehicle to the bottom of the cliff and waited there, however made no arrest.

The complainant in the IIO investigation was interviewed twice by investigators from the IIO. During those interviews, he acknowledged that after the van stopped he ran from the police. He also acknowledged that he was “drunk” at the time. He said it was not he but another individual, whom he could not or would not identify, who had been driving the van. He said the driver picked him up hitchhiking and they went to the home where the vehicle had been located by police. After leaving there he said the driver had gone through some bush and stuff and then got out and ran. At that point he also got out and ran. He said he climbed the fence and then stood there. He heard “You’re under arrest” and heard dogs.

The complainant said that he was drunk and scared, and ran from the police. He jumped the fence and looked and there was nowhere to run, as there was a sheer cliff. He backed up and put his hands behind his head because he heard police officers yelling. It was then that he felt something on his back. He was right up against the fence. Something hit him and pushed him right over the edge of the cliff.

After being “kicked”, “hit” or “pushed”, he described falling part way down the cliff, becoming unconscious, regaining consciousness, falling further down the cliff, then becoming unconscious a second time. He told investigators that he regained consciousness again after morning broke. He ended up in a backyard in a subdivision at the base of the cliff. He sought help from one of the residents of the subdivision. She allowed him to use her bathroom to clean himself up and she gave him money for a cab.

After leaving this person’s home, the complainant ended up at a motel where he was ultimately apprehended by police. When arrested, he had facial injuries and various other cuts and bruises, obviously suffered during the flight from the police and the fall over the edge of the cliff. He provided a false name to the officer who first apprehended him. He was in possession of a set of “brass knuckles”, a prohibited weapon. He told another officer who dealt with him: “I wasn’t driving” and “you were trying to kill me”.

In a statement given to police, the resident who helped the complainant said that when she asked the complainant what had happened he said he “fell down the mountain” and that he had “slipped.” He said he went unconscious and then he woke up and slipped some more, and ended up at her residence.

In a statement she gave to IIO investigators this witness advised that in speaking to the complainant she established that “he fell down the mountain, not into my yard but to my neighbour’s on the right hand side.” When she asked him when he fell off he said he was running and then all of a sudden, he said the next thing he remembered was he woke up.

When she was asked whether the complainant said how he fell off the cliff she responded that he said he was running. Eventually he admitted he had been running from the police. He said nothing to her to suggest he had been kicked, pushed or hit.

Evidence in the file indicates that it was dark out at the time the complainant fell off the cliff. Photographs of the scene suggest that it was a short distance from the fence to the edge of the cliff.

The preponderance of the evidence supports the conclusion that there was in fact only one occupant in the stolen van. Consistent with this conclusion, the complainant later pleaded guilty to charges of possession of stolen property and dangerous driving, in connection with the stolen van and the police pursuit.

The Branch has concluded that based on the available evidence presented in the RCC it would be impossible to prove that any of the officers involved in this matter committed any offence.

Although there is some evidence that some or all of the subject officers were heading towards the cliff, or ultimately ended up nearby, there is no evidence that could specifically identify any one or more of the officers as having kicked, pushed, or hit the complainant so as to cause him to fall off the cliff.

More significantly, the complainant’s own statements, which constitute the only evidence that might implicate any police officer in action that could have caused or contributed to his injuries, are insufficient to found a criminal conviction against any officer.

There are two fundamental reasons for this conclusion. Firstly, even should the complainant’s statements to IIO investigators be accepted as true, he himself is unable to say whether it was an officer or police dog that kicked, pushed or hit him, or whether in fact it was actually the van or “the guy in the van” that did it. This in itself is sufficient to raise a reasonable doubt about whether any specific officers committed an offence.

The Branch has concluded that the standard for approving a prosecution is not met in relation to any of the officers who were subject to investigation. As a result no charges have been approved in the case.