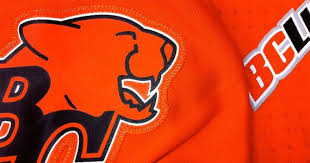 Calgary (cfl.ca) – The Stampeders got off to a strong start in defence of their Grey Cup Championship on Sunday, earning a convincing 35-9 win over the Lions at McMahon Stadium.

Bo Levi Mitchell and Eric Rogers connected for two touchdown passes while Keon Raymond set the tone with a first-quarter pick-six, giving the Stampeders their fourth straight win and improving them to 9-1 at home on the season.

With a win they’ll now look to take on some unfinished business on Nov. 22, when they head north to battle the Edmonton Eskimos in the Western Final at Commonwealth Stadium.

Mitchell, the West Division nominee for Most Outstanding Player, threw for 199 passing yards on 15-of-29 passing with two touchdowns and no interceptions, while Rogers led all receivers with 71 yards on four catches.

Jerome Messam proved to be an admirable fill-in for Jon Cornish, finishing with 147 yards from scrimmage on 15 rushes and four catches – including a highlight-reel 61-yard catch on which he broke an Adam Bighill tackle and hurdled a defender.

The Lions failed to muster up enough on offence despite a strong effort from their defence, while 23-year-old rookie Jonathon Jennings left the game with an apparent shoulder injury after going 4-for-7 for 56 yards and an interception.

The Lions opened the first quarter exactly by the book for a team on the road playing the underdog role, forcing three straight Calgary punts to open the game while leading 3-0 on a 16-yard field goal by Richie Leone.

Yet the Lions’ patient approach buckled late in the opening frame. Rookie starter Jennings provided the home team the spark it needed when was intercepted by Raymond, who jumped the route of Bryan Burnham and returned the ball 38 yards for the game’s first touchdown.

It was the veteran defensive back’s fifth interception and second touchdown of the season, and with that play the race was on for the defending Grey Cup Champions.

The Stamps quickly forced a two-and-out on defence to put the offence back on the field, while Mitchell and co. quickly picked up the momentum. A 15-yard facemask penalty gave the Stamps favourable field position, Mitchell completed passes to Messam and Rogers to set the Stamps up in prime scoring position.

After a two-yard run by Messam, Mitchell connected on second-and-eight with Rogers just in front of the goal line. Rogers barely cleared the goal line but did enough for his league-leading 11th touchdown of the season, giving Calgary a 15-3 lead after converting the two-point conversion.

The Lions conceded a safety to make it a 17-3 game, while Calgary’s offence was determined to feed off the early flurry of momentum originally sparked by Raymond’s pick-six. Midway through the second quarter, Mitchell completed passes to Joe West and Anthony Parker while a roughing the passer penalty against Alex Bazzie moved the Stamps to the BC 15.

From there trade deadline day acquisition Messam took care of the rest, getting downhill and powering his way to a 15-yard touchdown run to extend Calgary’s lead to 24-3.

Bad turned to worse for the Lions just before halftime as Jennings was forced out of the game due to an apparent shoulder injury. Lulay stepped in at quarterback for BC and led the offence to a field goal just before halftime, cutting the deficit to 24-6 through 30 minutes.

The Stamps opened the second half with Rene Paredes’ first field goal of the game while the defence refused to let Lulay and the Lions back into the contest.

Their defence keeping them in the game, the Lions and Lulay began to threaten with 11 minutes left in the fourth quarter facing a 22-point deficit. Collie moved the Lions deep into Calgary territory, while Chris Rainey picked up another first down on the ground to keep the drive alive.

But after fumbling and losing yards on an attempt to run a double reverse, the Lions were forced to settle for a field goal by Leone to make it a 28-9 game. And on the next possession on a second-and-six, Messam put any hopes the Lions had of coming back to bed.

The powerful Stamps tailback took a quick toss from Mitchell and beat Bighill in the open field before sprinting down the sideline, hurdling another defender and then powering his way to a 61-yard gain. That was the longest catch-and-run of Messam’s career and it set the Stamps up in a goal-to-go situation with under 6:00 left in the game.

On the very next play Mitchell hit Rogers as the duo connected for the second time in the game, and the Stampeders were off to the races.

The 35-9 win marked Calgary’s fourth straight victory, the Stampeders’ last loss coming on Oct. 10 at home against the Edmonton Eskimos – the same Esks they will visit on Nov. 22 in the Western Final as the Battle of Alberta gets set to determine who will play for the 103rd Grey Cup Championship.

The Lions meanwhile end what was an up-and-down season on a disappointing note, but will head into their off-season with a full head of steam. They improved drastically over the second half of their first season under rookie head coach Jeff Tedford, while the future looks bright with 23-year-old Jennings at quarterback.

Questions do still remain for the Lions however, including for running back Andrew Harris. Harris finished with 79 yards on 14 carries in what could be his final game as a Lion as he heads into the off-season without a contract entering 2016.

BC Lions One Step Closer To CFL Playoffs – Beating The Argos