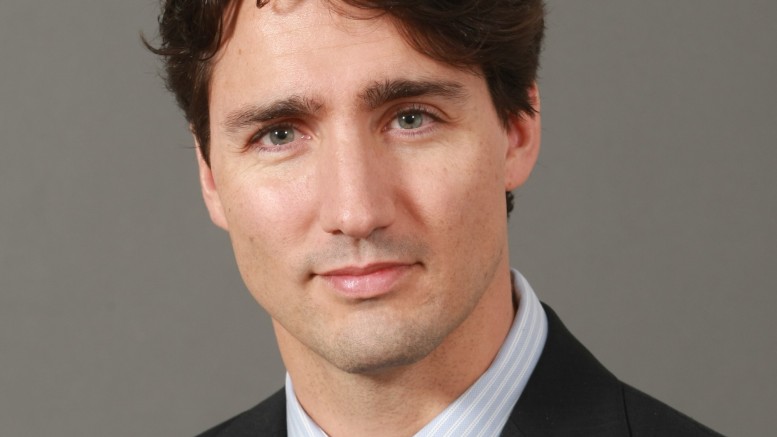 Ottawa (Reuters/Randall Palmer and David Ljunggren) – Liberal leader Justin Trudeau named a corporate executive and political newcomer as his finance minister on Wednesday as he was sworn into office as Canada’s 23rd prime minister, promising a more optimistic government after a decade of Conservative rule.

Prime Minister Trudeau, 43, kicked off his majority government with some controversy by naming an equal number of men and women to a slimmed-down Cabinet, the first time gender parity has been achieved in Canada’s team of ministers. 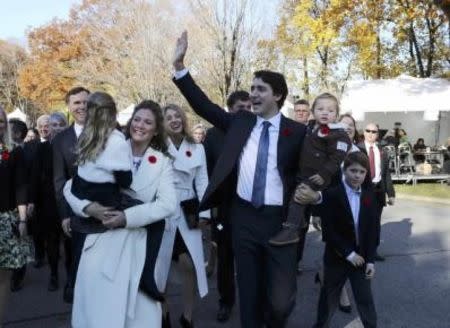 Reuters/Reuters – Incoming Prime Minister Justin Trudeau and his wife Sophie Gregoire and their children daughter Ella Grace and sons Hadrien and Xavier, arrive with his cabinet before his swearing-in ceremony at Rideau Hall in Ottawa November 4, 2015. REUTERS/Chris Wattie

The Cabinet included rookie politician Bill Morneau as finance minister and former Liberal leader Stephane Dion as foreign minister, a mix of experience and fresh faces reflected in the rest of the team of ministers.

Morneau, 53, is a former corporate executive who also headed a major public policy think tank. He was elected to Parliament for the first time in the Oct. 19 election that brought Trudeau’s Liberals to power.

Trudeau, the first son of a prime minister to take office in Canada and the second-youngest in the country’s history, has grabbed international attention for his good looks and retail approach to politics.

“Canadians from all across this country sent a message that it is time for real change,” he said in a statement. “We will immediately begin implementing our plan for a strong middle class.”

Cheering crowds lined the approach to the Governor General’s residence where the swearing-in ceremony took place as Trudeau threw open the venue to the public. He was accompanied by his wife and their three young children as well as his mother, Margaret Trudeau, who gave birth to Trudeau and his two brothers while Pierre Trudeau was prime minister.

The swearing-in ceremony end a decade of Conservative rule under Prime Minister Stephen Harper, whose party takes up the role of opposition as they search for a new leader.

While he’s a newcomer to Parliament, Morneau cut his executive teeth at Morneau Shepell, Canada’s largest human resources company originally founded by his father in 1966. At the time of the election, he was executive chair of the company, a position he has since resigned.

Trudeau has already laid out the major planks of his economic plan, which includes running three years of budget deficits, boosting infrastructure spending in a bid to stimulate Canada’s flagging economy. The new government has also pledged to raise income taxes for the richest Canadians and cut taxes for the middle class.

(With additional reporting by Andrea Hopkins in Toronto; Editing by W Simon)