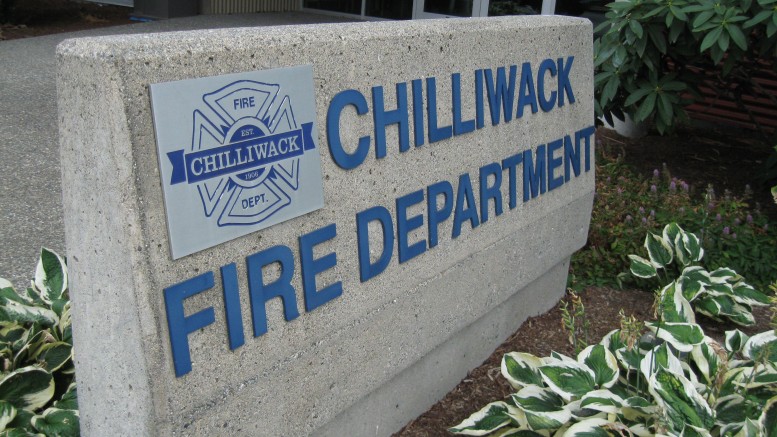 Chilliwack, BC – On Tuesday night (October 20, 2015 at 7:10 pm) the Chilliwack Fire Department was dispatched to a reported structure fire located in the 9800 block of McNaught Rd. On arrival fire crews saw heavy smoke venting out of the rear soffits on the east side of the roof of a single story church building.

Firefighters responded from Halls 1 and 4. The fire was quickly brought under control minimizing damage to the ceiling of a room that was used as a workshop/meeting room. Smoke damage was contained to the interior north wing of the building.

The cause of the fire appears to be accidental and is under investigation by Chilliwack Fire Department.