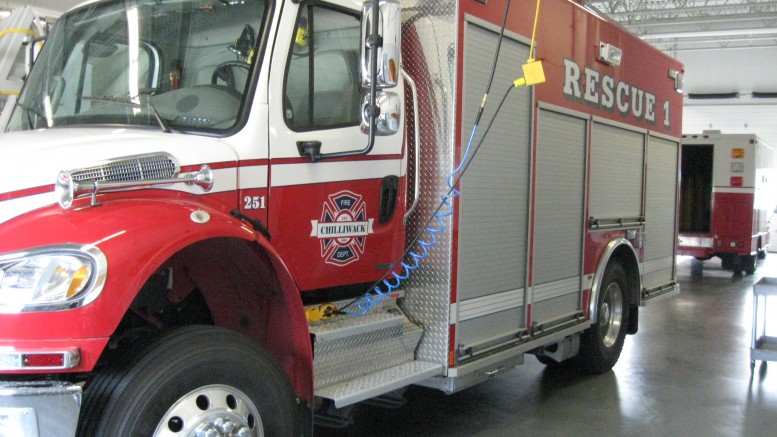 Chilliwack, BC – On October 20, 2015 at approximately 7:30pm, firefighters from firehalls 1, 2, 4 & 6 responded to a reported structure fire in the 46000 block of Gilbert Avenue. Upon arrival, fire crews found light smoke inside a two storey residential house.

Firefighters discovered that a pot had been left unattended, contents in the pot ignited and fire spread to the microwave and cupboards above. When the occupant returned he tried to extinguish and quickly called 911.

Fire and smoke damage is limited to the kitchen area of the home.

Cause of the fire is accidental and related to an unattended pot left on the stove.

The Chilliwack Fire Department would like to remind residents not to leave the kitchen when using the stovetop. Also, if there is fire in a pot, do not try to remove it, place a lid over the pot and turn off the element.