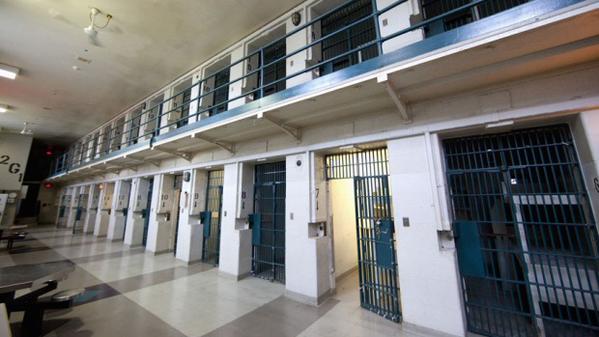 Ottawa (CBC) – Thousands of Canadians are casting their ballots today to help elect the next federal government — but they’re doing it behind bars.

Elections Canada has set up polling stations at federal prisons across the country, to facilitate the democratic process for more than 22,000 eligible voters who are incarcerated and under community supervision.

Some inmates have become more politically engaged than ever in this campaign, with some planning to use their ballots as a way to bring change to Canada’s correctional system.

In the last election in 2011, voter turnout was 54 per cent in federal prisons, not far behind the 61 per cent in the general population.

And Jason Wisdom, who is serving a life sentence for first-degree murder at Ontario’s Beaver Creek institution, predicts that participation will be even higher in this election because of a backlash over cuts to prison services.

“Everybody has an opinion. There’s a lot of discussion, and I believe it’s like that in every unit. It’s actually pretty big on the inside, as far as who to vote for, why, who,” he told CBC News in an interview. “A lot of guys haven’t voted before they came to prison, like myself, but now I would say about 80 per cent of the guys here want to vote and want to have a say.”

Voting in penitentiaries has been in practice since 2002, when the Supreme Court of Canada ruled it is a constitutional right in this democracy.

Jeanine, who does not want her last name published, is a 29-year-old federal inmate at the Nova Institution for Women in Truro, N.S.

She has served two years of a five-year sentence for armed robbery, and has never voted before in a federal election.

Today, Jeanine will cast her ballot for the first time — behind bars.

As chair of the prison’s inmate committee, she has been helping and encouraging other inmates to register to vote, and helped organize a question-and-answer session last month attended by candidates from the four main political parties.

One of her main motivations for voting is to improve education, training and other programs on the inside. She said cutbacks have eroded those services, and that has an effect on inmate rehabilitation.

“Without the help that we need, how are we to reintegrate back into the community?” Jeanine said. “And if there’s less programming, and no setup for reintegration, then there’s no help for us prisoners. You might as well put a revolving door on the front gate because people will be coming back. With this setup, people will be prone to failure.”

Most inmates follow the campaign by watching televised news reports, listening to the radio and reading newspapers. One of the key issues is personal: the effects of cuts to prison services.

“Right now all the institutions are suffering from budget cutbacks, and this affects a lot of people in prison. Not only the inmates, but also the staff. Because with all the cutbacks, it’s less programming, which means less help for us, and with less programming and funding, there’s less jobs for staff, and if we’re unable to get the help we need, how are we supposed to be successful upon our release back into the community?”

But Sharon Rosenfeldt, who co-founded Victims of Violence with her late husband, Gary, after their 16-year-old son Daryn was abducted and murdered by serial killer Clifford Olson, said incarcerated Canadians should not be allowed to vote.

“They are Canadian citizens, but they have forfeited that right once they cross that line,” she said. “It just doesn’t make sense to me. They should not be part of that democratic process.”

Catherine Latimer, executive director for the John Howard Society of Canada, said voting is a positive influence for the rehabilitation and transition process.

“I think it helps them to be engaged and to understand the rights and responsibilities that go with citizenship, and I think that helps them in terms of pro-social conduct. So I think it’s a very positive sign that prisoners are interested in voting and participating. They are members of the polity.”

Be the first to comment on "22,000 Prisoners Vote Today – Advance Polls"