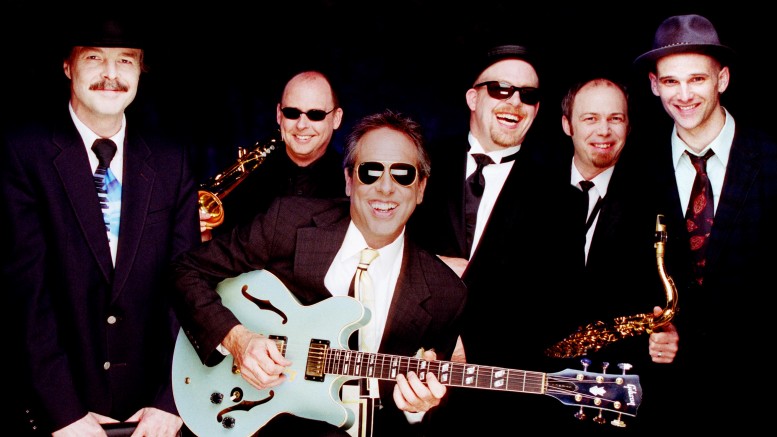 Both were true for the 37th anniversary of Tom Lavin and the Powder Blues Band.

Their performance at the Hub International Theatre in the Chilliwack Cultural Centre proved the blues were alive and well. The 65 year old Tom Lavin , joined by a killer 6 piece band (3 horns) , proved that while the core of the band has been together on the road for more than a quarter century, they have aged like fine wine and not just another nostalgia act trying to prove they’re still young.

There was one couple who were proudly touting their age. She was 93, accompanied by her 70-something son. And they were bopping with the blues.

Now the crowd was primarily 50+ who still have their vinyl copies of “Uncut”, the debut of the Powder Blues from 1978. But everyone was grooving to the blues, from old standards to the pop-blues that hit AM radio in the late 70’s and early 80’s.

The tip of the hat to the Chicago roots (Lavin was born in Chicago and cut his chops in Vancouver) came from the nicely worked out numbers like Same Old Blues, Personal Manager, What Have I Been Drinkin’ and Further On Up The Road.

Lavin had great stories and kudos for BB King and not so well known Chicago Blues Players. Another great story was how Lavin helped jump-start the career of the late blind blues guitar sensation Jeff Healy.

Yes the old hits were there. Hear That Guitar Ring, Thirsty Ears, Bopping With The Blues and of course the signature tune, Doin’ It Right”

And Lavin did a meet and greet with the audience during intermission as well as post show. He has not lost touch with the fans. If you need to upgrade the old records to CD or find a download, do it. It is worth it.

The Powder Blues Band website can be found here.