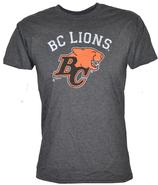 Vancouver – Even with their 2-11 record, the Riders were still in the playoff hunt, but a loss to the 4-8 B.C. Lions would all but close the books on the post season hopes.

The Lions got some help in their playoff push with the Eskimos defeating Winnipeg earlier this afternoon on a walk field goal. So with a win, they would pass the Bombers for third in the west and also put some space between themselves and the Alouettes in the East crossover.

Lions quarterback Jonathon Jennings was making his second career start and was smoking in the first half with 265 yards passing and two touchdowns. The Riders offence couldn’t muster up much starting the half with two turnovers and a trio of two-and-outs. All of this combined to see Saskatchewan trail 20-5 at the half.

The Lions march to the end zone continued in the second half with their first play from scrimmage being a Jonathon Jennings 82 yard touchdown pass to Emmanuel Arceneaux and the 26-5 lead.

It was all downhill from there as all the Green and White could muster was a blocked punt for a Keenan MacDougall touchdown and a Brett Smith TD pass to Naaman Roosevelt to fall to the Lions 46-20.

So everything that could go wrong for the Riders with the loss, did go wrong. They will not have long to regroup for an even tougher match-up next week.

The Riders will return to action Friday night as they have to go from the west coast all the way to southern Ontario to face the East Division’s top team, the Hamilton Tiger Cats.

The Lions host Winnipeg at BC Place on October 10.

Sardis Secondary Football Field To Be Named After Rick Klassen