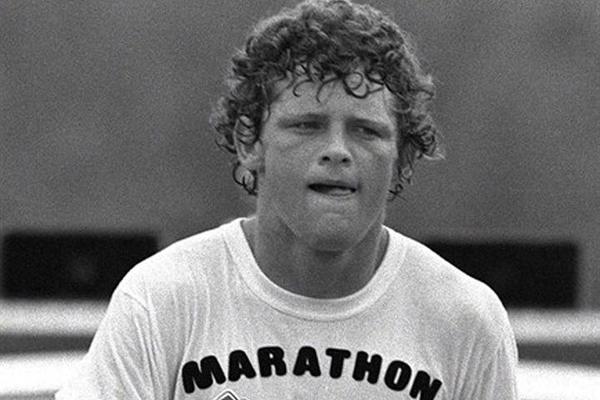 Vancouver (Province/National Post/Canadian Press) –  The federal Conservatives are facing an unexpected backlash from Terry Fox’s family and friends, who insist they were not enthusiastic about the party’s pledge to match Terry Fox Run donations if re-elected, and say they found the campaign event in poor taste.

One longtime friend and confidante of Fox said the announcement, made Sunday by outgoing Conservative MP James Moore, was “so wrong on so many levels.”

“There is no place in the fight against cancer for politics,” said Bill Vigars, who organized public relations for the Marathon of Hope in 1980.

The Terry Fox Foundation, which has for years avoided politicizing Fox’s legacy, issued a statement Monday underlining their non-partisan status.

Moore — the federal Industry Minister, who is not seeking re-election — said Sunday in Port Moody, B.C., that a Conservative government would commit up to $35 million to match donations made during this year’s Terry Fox Run, if the party is re-elected in October.

“It would be nice if the other political parties would all double down on our commitment and stand with the legacy of Terry Fox and say regardless of what happens on Oct. 19 that they will recognize Terry Fox as a hero and will move forward,” Moore said.

“But it’s a commitment that will for sure be met by Stephen Harper should he be elected.”

Sunday’s announcement coincided with the 35th annual Terry Fox Run, which has this year set a goal of raising $35 million.

When asked Sunday about the Fox family, Moore said: “They’re aware of it … They’re enthusiastic and they think it’s great.”

But Darrell Fox, Terry’s younger brother, said in an interview Monday: “The Fox family did not have any direct contact with MP James Moore or any member of the Conservative Party with respect to the announcement yesterday.”

A statement issued Monday on behalf of the Fox family said: “We need to clarify that we did not respond enthusiastically suggesting the idea was great as MP James Moore reported.

“Our son and brother ran across the country in 1980 in an effort to unite a nation for a common cause. We are committed to furthering his dream by reaching out to all Canadians regardless of their political interests.”

Asked about the Fox family contradicting Moore’s statement, Conservative spokeswoman Meagan Murdoch said late Monday: “It was mistakenly assumed that the family was supportive of the funding requested and welcomed by the Terry Fox Foundation. We regret any confusion this may have caused.”

In an earlier emailed statement, Murdoch said: “Our Government has a strong record of supporting cancer-related research. The Terry Fox Foundation wrote to all party leaders about their comprehensive cancer program. Yesterday we announced that if re-elected we would support this initiative … We will continue to work with stakeholders such as the Terry Fox Foundation to fund cancer research.”

Vigars said the Conservatives’ announcement was a surprise to him.

In a Facebook post, Vigars wrote: “I am extremely disappointed that the Conservative Party, through James Moore and Mrs. Harper would make a conditional, if they are re-elected promise, to match funds from this year’s Terry Fox Run.”

He added: “This is poor taste, bad timing and so wrong on so many levels. Also to say the family was enthusiastic is incorrect, to say the least. I would be remiss if I did not say something.”

Foundation spokeswoman Katherine Koyko said: “The Terry Fox Foundation staff were unaware of the funding pledge prior to Moore’s announcement on Sunday.”