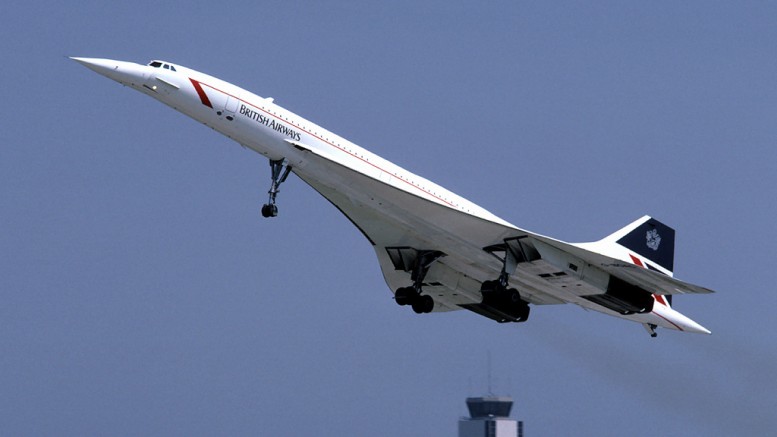 London (UPI) — A group of Concorde lovers say they’ve raised enough money to purchase one of the jetliners from the retired fleet, with the goal of returning it to the skies by 2019.

The Concorde enthusiasts say they also have the investments needed to put another of the luxury supersonic jets on display in London.

The Concorde is a turbo-powered jet capable of achieving a speed of Mach 2.04, twice the speed of sound. The first Concorde took to the air in 1969, the last in 2003. British Airways and Air France still co-own the fleet of 20 jets, but have no plans to put the planes back in service.

President Nixon leaves after taking a five minute tour on December 14, 1971, of the Concorde, the British-French supersonic jet, and said: “I wish we had built it.” Nixon looked through the sleek SST (background) at Lajes Field, the U.S. operated air base outside the capital of the Azores. Walking with Nixon (at right) is Portuguese Prime Minister Marcello Geatana. Man in center is unidentified. The Concorde brought French President George Pompidou to the Azores for the meeting with pres. Nixon. File photo by UPI Photo/John Full/Files

“We have been overwhelmed by the amount of enthusiasm and people wanting to invest,” Paul James, the club’s president, told BBC. “The support shows how much people still admire Concorde and want to see it flying again.”

Restoring one of the Concordes to airworthy standards will be costly and time-instensive, but James and his fellow club members believe they’ll be able to return the jet to the air before the end of the decade. It will be available for charter and private events, and also execute flybys on special occasions.

The second of the two jets will be put on display in London, possibly on a raised platform in the middle of the Thames River. There it will be a tourist attraction — part history museum, part restaurant. The jet could be on display by 2017.