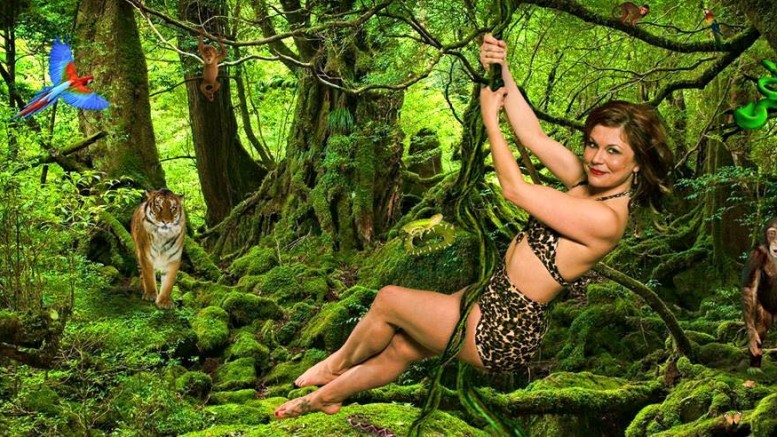 Chilliwack, BC – Fraser Valley author Dr. Carin Bondar in known internationally as the “Biologist With A Twist.” her bubbly personality and live for science could only be rivaled by fans (geeks?) of Star Trek, Star Wars, Lord Of The Rings and The Big Bang Theory.

She also loves poking fun at science and herself.

She has been a TV host for National Geographic, Discovery Channel and Scientific American and has spoken on the international stages at TED conferences.

Her mix of social media and humour on touchy topics such as sex in the animal kingdom has raised eyebrows but, it has created discussion. You might remember this video that went viral. A parody of Miley Cyrus.

Now Bondar has released her second book, “The Nature Of Sex, The Ins and Outs Of The Animal Kingdom”. This is the followup to “The Nature Of Human Nature.”

The book can be purchased as an import. The book will be available in the USA and Canada in the Spring of 2016.

Of course you have! It’s about the most natural thing any animal can do. But have you ever wondered how human sex compares to that of other beasts?

It’s far from merely inserting part A into slot B. The sex lives of our animal cousins are fiendishly difficult, infinitely varied and often violent. They involve razor sharp penises, murderous cannibals and chemical warfare in an epic battle between the sexes.

Like us, animals must first find the perfect partner. You think we have it tough? Try having to do it while being hunted down by predators, against a backdrop of unpredictable or life-threatening conditions. Then, sperm and egg must successfully meet. Can you imagine doing this when your partner is intent on killing you or when other disgruntled singles are determined to throw you off your game? The next task is to ensure that the resultant offspring reach sexual maturity in order to keep the cycle going. The myriad ways in which this is accomplished is ingenious.

Bondar’s book information can be found on her website here.

Dr. Carin Bondar To Speak On The Nature Of Sex November 26 At UFV

Be the first to comment on "Valley Author Dr. Carin Bondar Releases Her Second Book"