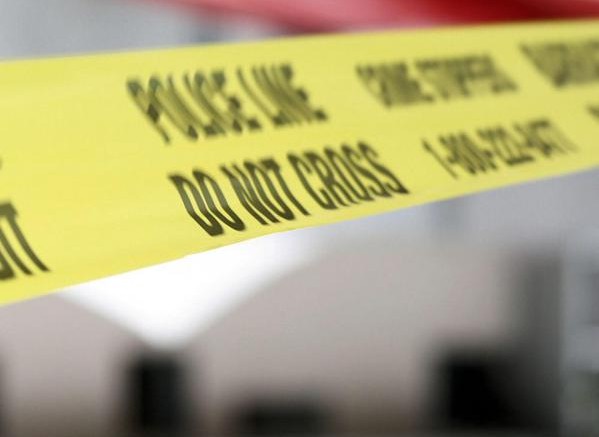 Alberta/Fraser Valley (CBC/News1130/Calgary Herald) – Tuesday Evening Update – A candlelight vigil for a murdered Crowsnest man and his missing girl was interrupted Tuesday night by the announcement that human remains had been found and the Amber Alert was cancelled.

Terry Blanchette, 27, was found dead Monday morning in his home. Police determined that his daughter, Hailey Dunbar-Blanchette, had been abducted in the middle of the night and issued an Amber Alert.

The community had hoped the toddler would be found alive, and organized a vigil for Tuesday evening.

Family and friends of missing two-year-old Hailey Dunbar-Blanchette reacted at a candlelight vigil after being told the Amber Alert had been officially cancelled after human remains had been found on September 15, 2015.

The vigil took a devastating turn when an RCMP member from victim services, speaking on behalf of the family, told the crowd the Amber Alert had been called off.

“They have found some human remains that they have not confirmed are Hailey but with everything they’ve done with the investigation… That’s why the amber alert has been cancelled, ” the woman told the dozens of community members gathered in a park near the home where Blanchette was found dead.

Tuesday Morning Update: RCMP say a 22-year-old man from Blairmore, Alberta has been arrested in the community, but his name is not being released.

Officers are still looking for two-year-old Hailey Dunbar-Blanchette who disappeared from the town Early Monday morning.

Mounties say the man was arrested in connection with the little girl’s disappearance and her father’s death. Terry Blanchette, 27, was found dead inside the same home Hailey went missing from.

No charges have been laid.

A white van has been found, but Mounties have not confirmed it to be the suspect vehicle.

Crowsnest Pass RCMP say the vehicle used to abduct the little girl was a white van, last seen heading west at a high rate of speed. 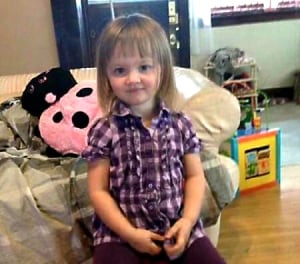 RCMP issued this photo of Hailey Dunbar-Blanchette of Blairmore, Alta., who they say was abducted earlier Monday. (Alberta RCMP)

An Amber Alert has been issued by the RCMP in Crowsnest Pass, Alta., in the abduction of a two-year-old girl.

The alert was originally in place just for Alberta, but was expanded to B.C., Saskatchewan and Montana on Monday afternoon.

Police say Hailey Dunbar-Blanchette was taken from a home in Blairmore about 3:30 a.m. MT on Monday.

Her father, 27-year-old Terry Blanchette, was found dead at the scene and police say the homicide unit has been called in to investigate.

Cpl. Sharon Franks says the RCMP did not receive a call until 11 a.m., which is why the Amber Alert was not issued until later in the day.

The young girl has light brown straight hair with bangs, and brown eyes.

Police said they don’t know who took her in a vehicle that fled at a high rate of speed, heading west. 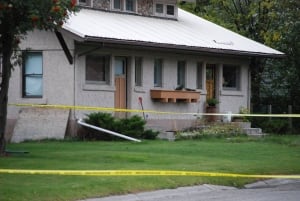 The vehicle is described as a newer model white van with a large rear antenna and a flag attached.

Crowsnest Pass Mayor Blair Painter said news of the abduction is reverberating through his community.

“Most people know each other. News travels very quickly and especially traumatic news travels quickly,” he said. “Our  community will be willing to support this family in anyway possible.”