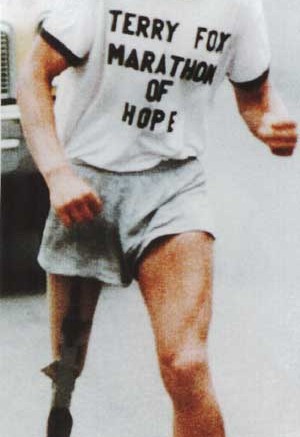 Chilliwack, BC – Chantele Delaine McGuire, also known as Soulful Views on Facebook, posted a video on the upcoming 35th Anniversary of the Terry Fox Run.

“With just 20 days left until the 35th Annual Terry Fox Run, I was inspired to create a 2 minute video in honour of the event. I am from Chilliwack BC – this video is my imagination of what Terry Fox might have seen if he was here today, to journey through the beauty of our city.

Please consider viewing this video and sharing it freely with others. The video is made entirely of original images and music created and written by me (final music tracks produced by Ted Tosoff).”