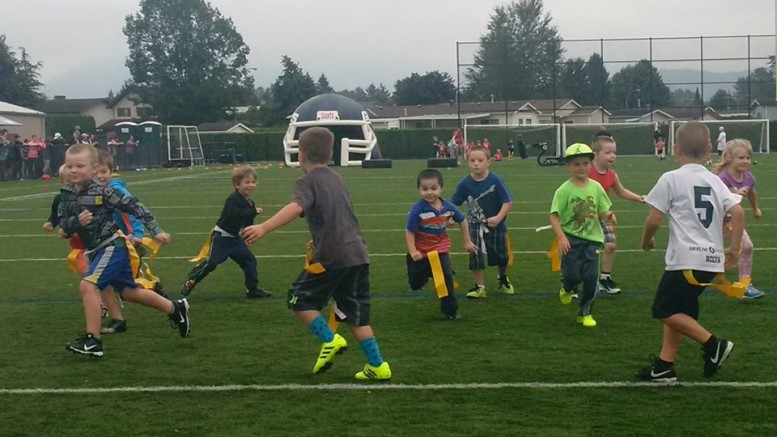 Vancouver (CKNW) – One of B.C.’s largest sports organizations, BC Soccer is not necessarily buying one pro football player’s philosophy when it comes to children and sports.

In it, he says his kids, aged 4 and 6, will give their recently earned “participation trophies” back, “until they EARN a real trophy,” because “sometimes your best is not enough.”

But Chris Cerroni with BC Soccer says rewarding participation encourages kids to stay involved, so they can focus on winning later on.

“Overall, it’s developing them to get the skills and understanding to want to play the game, and then to focus to win. But, this focus on winning is moreso in the later ages, like 18 and older.”

“When you are trying to get players involved in the sport, its a fun, safe, enjoyable environment, at an age of four or five. Then players will enjoy the game and feel rewarded in that experience.”

A B-C Lion is adding his voice to the debate over ‘participation trophies’.

An N-F-L Linebacker made waves by forcing his kids to return theirs.

“Looking at old pictures and looking at old trophies… and bringing me back to that time. If we didn’t have those trophies I would only have so much I could remember. But now thankfully I have the trophy, I remember when it was given to me and how I felt.

That’s Lion’s fullback Rolly Lumbala on trophies from *his* youth.

He says for kids — something to represent a season is important.

But he says it’s a different story once youth get serious about a career in sports.

“Then you gotta hold them to a different accountability, and you gotta push them a little bit more perhaps.”

Lions Were Stamped Out Of The CFL Playoffs

Be the first to comment on "Participation Trophies For Youth Sports – Bad Idea? Some Pro Athletes Weigh In"