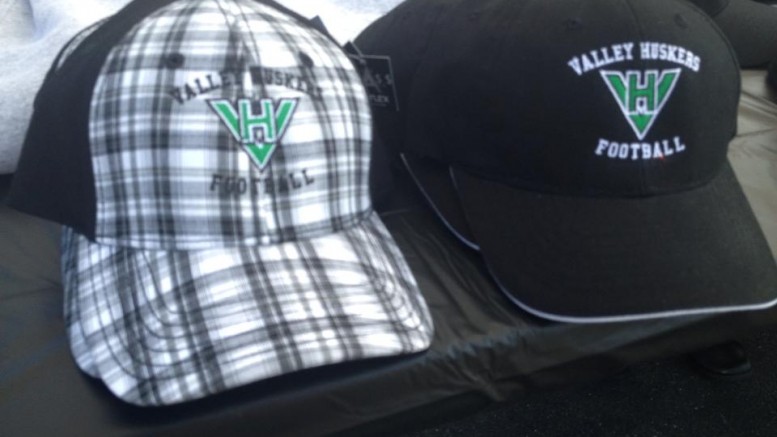 Langord, BC (Victoria Times-Colonist) –  Ashton Mackinnon threw for three touchdowns and ran for two more to lead the Westshore Rebels to their first victory of the B.C. Football Conference season — a 45-14 win over the Valley Huskers of Chilliwack on Saturday afternoon.

It couldn’t have come at a better time as the Rebels move to 1-3 in the standings, sending about 300 fans at Westhills Stadium home happy. The Huskers remain winless at 0-4.

“We got the W, that feels good. We still feel like a very young program that has a lot of work to do,” said Rebels head coach J.C. Boice, who still was not entirely pleased with various aspects of his team’s play.

“I felt like our quarterback play was the best yet,” he said. “Everybody is in love with Ashton because he’s the hometown hero. I like the kid a lot, too, but there is a lot of stuff in his game that we’ve had to clean up.

“I felt like today he took some real positive steps. He was able to get his secondary progression and check-down progression, which he had not yet done in a game.”

Mackinnon moved the team extremely well, utilizing a short, swing-pass game early on, then chewing up the Huskers on deeper routes after they bit on the shorter gains.

“Our offence is all about going where the defence isn’t. They didn’t want to defend that so we went there early,” Boice said of the swing passes out of the offensive backfield. “Later on, they started chasing that and that’s what opened those vertical seams.”

Mackinnon completed 29 of 38 passes, including touchdown scores of 20, six and 10 yards, the first to Hunter Lake and the other two to Joe Barkhouse, including an incredible diving catch in which Barkhouse laid out horizontally to make the highlight-reel grab. “I should have made that throw a lot easier for him,” Mackinnon said with a chuckle. “Maybe it was just me drifting out on my running, but that was a nice catch, a sick catch.”

Mackinnon played it smart all game, taking advantage of the short passes early.

“They weren’t adjusting to those swing passes so we kept hitting them and burning them. They had to adjust to it, then we adjusted to them adjusting and that just opened things up for us,” said Mackinnon, who was happy to get the win, but knows there is still a long way to go.

“It feels really good to finally get the W. I’m going to celebrate now with my team, and Monday it’s back to work and we have a tough team ahead of us,” he said as the Rebels prepare to travel to Langley to face the tough Rams on Saturday. “It’s time to keep going in the W column.”

Mackinnon also ran in for scores from one and six yards out. Backup quarterback Talyn Davies added a one-yard TD run and Bryce Couture kicked a 17-yard field goal and six converts to round out the Rebels’ scoring.

The Westshore defence stymied the Huskers for most of the game and recorded six quarterback sacks, three from James Bradley, who also forced and recovered a fumble. Dusean Leblanc, Peter Allan and Jorge Yarwood had the other sacks.

Jackson Ryan stung the Rebels on a powerful 25-yard TD scamper to cut it to 35-7 early in fourth quarter for the Huskers. Quarterback Noah Falconer then connected to a wide open Jesse Deering for a 37-yard TD pass to cut it to 35-14 with 12:19 to go in the game.

The Huskers continue their road swing in their season (Game three of four straight road games) with a tilt next Saturday August 22, at the Apple Bowl in Kelowna against the Okanangan Sun.