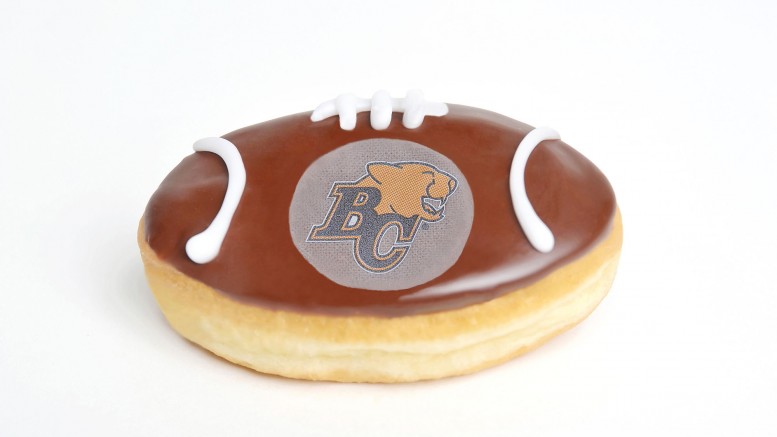 Banks took Richie Leone’s punt back at 7:20 of the second quarter as Hamilton (5-2) improved to 10-0 at Tim Hortons Field. The Ticats also earned their fourth straight win to move into a first-place tie with Toronto (5-2) in the East Division before an enthusiastic sellout gathering of 24,110.

Collaros cemented the win with a two-yard TD strike to Luke Tasker at 2:12 of the third to put Hamilton ahead 37-10. It was set up by Courtney Stephen’s interception return to the B.C. 30-yard line.

Collaros found Tasker on a 15-yard touchdown pass at 10:57 before Erik Harris returned a Travis Lulay interception 30 yards for the score at 12:29, the Hamilton defence’s seventh this season (team record-tying six on interceptions, one fumble return). Eric Norwood registered the fumble return TD in the first half.

The CFL single-season record for most interception return TDs is seven set by Toronto in 2006 while the most defensive touchdowns in a campaign is 11, set by B.C. in 1987.

Hamilton was minus its top running back (C.J. Gable) and its two leading receivers (Andy Fantuz, Bakari Grant) due to injuries. But the defence was again stellar, scoring twice, recording four sacks and four turnovers (two fumbles, two interceptions) that set up 23 points.

Collaros finished 19-of-23 passing for 290 yards. Tasker was his favourite target with six catches for 100 yards and two TDs.

B.C. (3-4) remained tied for third with Winnipeg (3-5) in the West Division as Lulay was 13-of-20 passing for 139 yards and a TD but also two interceptions. It’s the fourth time in five games Lulay has been held to under 200 yards.

Austin Collie scored both of B.C.’s touchdowns. Leone had two field goals, a convert and single with the other points coming on a safety.

B.C. scored the final nine points of the second quarter to cut Hamilton’s half-time advantage to 31-10. Leone booted a 51-yard field goal to end the half after Lulay found Collie on a seven-yard TD strike at 13:22 but Leone’s convert attempt hit the upright.

NOTES — Linebacker Ron Omara and defensive tackle Hasan Hazime didn’t dress for Hamilton. Receiver Bryan Burnham and defensive back Steven Clarke were B.C.’s scratches . . . B.C. came in allowing a CFL-high 413.5 yards per game, the only league team over the 400-yard mark . . . All 10 games at Tim Hortons Field have been sellouts.

The Lions have a short week to turnaround. Their next game is at home at BC Place against Montreal on Thursday August 20th.

Lions Were Stamped Out Of The CFL Playoffs

BC Lions Claw To Another Win Over Riders