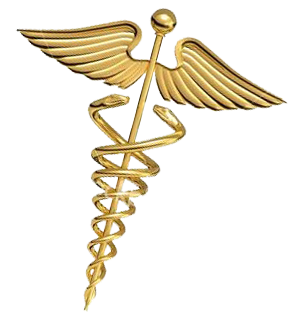 Toronto (CP/National Post) — A quarter century after women in France were first given access to it, the abortion drug known as RU-486 is finally going to be available in Canada.

Health Canada confirmed late Wednesday that it had approved the drug for use here, 2 1/2 years after the manufacturer’s application was submitted. Women will need to obtain a prescription from a doctor to purchase the drug.

“The application has been before Health Canada since December 2012, so it is long overdue that they approve this very safe and effective method of early abortion care that millions of women around the world have been able to access since 1988,” said Vicki Saporta, president and CEO of the National Abortion Federation and its Canadian offshoot, NAF Canada.

“No one can claim that they fast-tracked the approval process and didn’t very thoroughly and completely review the application.

NAF Canada represents the health-care professionals who provide most of the abortion care in this country. The group spearheaded efforts to bring the drug to Canada.

The drug has been available since 1988 in France and nearly as long in Britain. The drug was approved for use in the United States in 2000. Saporta said women in 60 countries have access to the drug, which is used to safely terminate a pregnancy.

The drug will be sold under the brand name Mifegymiso in Canada. It is made by Linepharma International Limited.

It is often called mifepristone. But in fact Mifegymiso is two drugs, mifepristone and misoprostol. The former blocks production of the hormone progesterone, needed to sustain a pregnancy. The latter prompts the uterus to contract and expel the placenta and the fetus.

Studies have shown the drug can be used safely as late as 70 days into a pregnancy, although it is thought Health Canada may have set an earlier limit on the use of the drug.

Reproductive medicine experts have called the drug the best known option for abortion and have been advocating for its approval in Canada.

While some countries allow the drug to be dispensed by pharmacists, Health Canada has opted not to go that route.

Saporta said initially the drug will probably only be available through health-care professionals who already provide abortion services. But she said it’s hoped that over time more doctors will agree to prescribe the drug — especially those serving remote communities or working in areas where women have to travel long distances to see a doctor who will perform an abortion.

“Mifepristone holds the promise of improving access to abortion care for women in more rural communities where there isn’t a current abortion provider,” she said.

Saporta said it is likely the drug will only become available in Canada in early 2016.