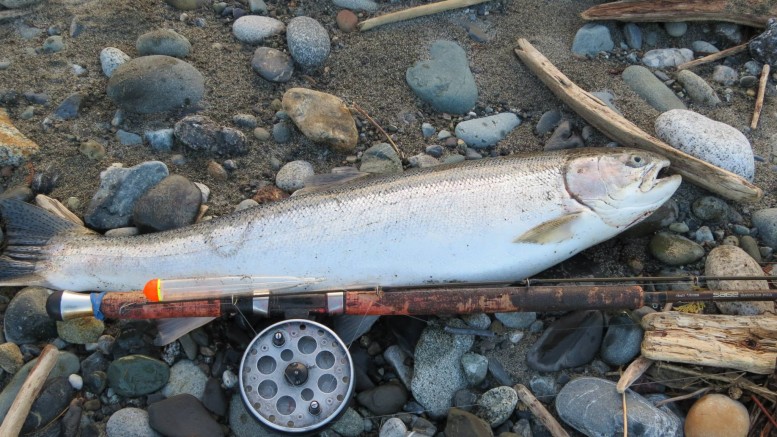 Chilliwack/Harrison/Victoria – The Government of B.C. is suspending angling in streams and rivers throughout most of the South Coast due to warming water temperatures and low stream flows.

Effective July 22 through Sept. 30, 2015, virtually all angling in streams and rivers in Wildlife Management Units 2-2 through 2-12 and 2-16 through 2-19 is suspended. The geographic area ranges from south of Toba Inlet and the Toba River (which is not included in the closure) to the U.S. border. Lakes and reservoirs are not included in the closure. The closure has been put in place to protect fish stocks at a time when they are vulnerable due to low flows and high water temperatures.

The closure has a number of exceptions of larger streams with flows and temperatures currently suitable for a sustainable recreational fishery. These exceptions are for the following river mainstems: the Fraser (non-tidal portion), Chilliwack-Vedder, Harrison, Lillooet, non-tidal Squamish, non-tidal Pitt, Elaho, Cheakamus, Capilano (downstream of Highway 1 bridge) and Mamquam (downstream of CN railway bridge). However, the tributaries of these named exceptions are closed.

On July 4 angling closures were put in place for southern Vancouver Island and the Gulf Islands. On July 13 further closures came into effect for the South Okanagan as well as for the Horsefly River in the Cariboo.

On July 15, the Government of B.C. announced a Level 4 drought rating for the South Coast and Lower Fraser areas due to ongoing low stream flows.

B.C. government fisheries biologists are monitoring approximately 40 other key angling streams across the province, including the excepted streams listed above, and if conditions warrant, additional closures are possible. Angling closures are enabled through the British Columbia Sport Fishing Regulations of the federal Fisheries Act.

To see a map of the Lower Mainland closures visit: https://www.flickr.com/gp/bcgovphotos/4o75TP

To view information on the Level 4 drought announcement for the South Coast and Lower Fraser visit: https://news.gov.bc.ca/stories/south-coastlower-fraser-drought-level-increased