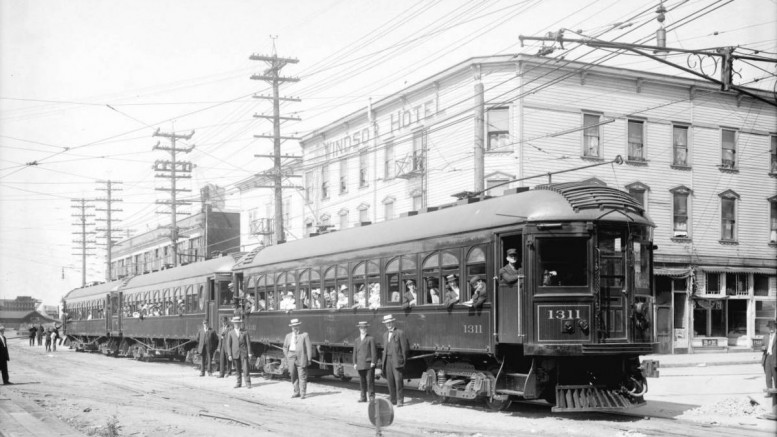 Chilliwack/Abbotsford/Vancouver (Georgia Straight)  – Voters were told there was no Plan B if they killed a tax hike to fund a $7.5-billion transportation plan in Metro Vancouver.

They did exactly that in a recent plebiscite, but there is an alternative, according to light-rail advocate Malcolm Johnston.

“It would tie in Vancouver, Burnaby, New Westminster, Surrey, Langley, Abbotsford…Chilliwack in a transportation line,” Johnston told the Straight in a phone interview.

His suggestion is the revival of the Vancouver-to-Chilliwack interurban rail service, running on the same path as that of the B.C. Electric Railway (BCER) when the company operated the light-rail system until the 1950s.

He believes that it could be a popular option when compared to the Metro Vancouver mayors’ plan that included a $1.98-billion extension of the SkyTrain’s Millennium Line from Vancouver’s VCC-Clark Station to Arbutus Street along the Broadway corridor and $2.14 billion for three light-rail lines in Surrey.

It’s “unlike both projects, which are divisive because ‘Oh, Vancouver is getting this massively expensive subway. Oh, we’re going to throw all this money at Surrey,’ ” Johnston said.

In 2010, Johnston’s group Rail for the Valley commissioned a study about bringing back the interurban between Chilliwack and Surrey. Prepared by Leewood Projects Ltd., a U.K. company, the report also looked into going all the way to Downtown Vancouver.

According to Leewood, it would cost about $1 billion to restore the Vancouver-to-Chilliwack service. Although that price is dated, Johnston maintained that it’s still going to be cheaper to adopt this type of plan than plans that were drawn up for Vancouver and Surrey.