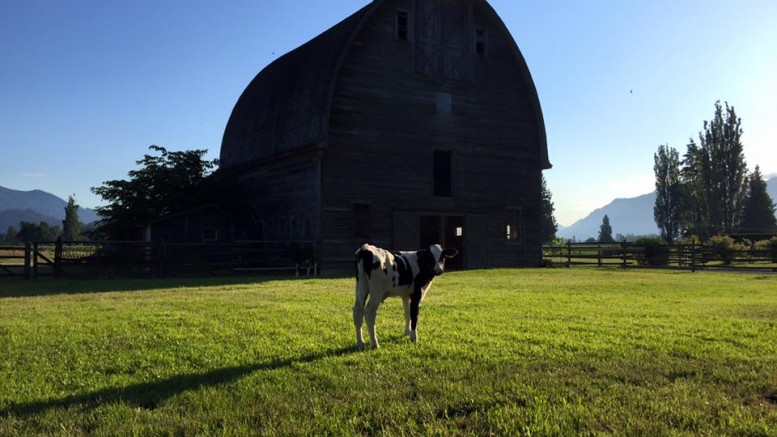 Surrey/Chilliwack/Abbotsford –  – The B.C. government is adopting the National Dairy Code of Practice (Dairy Code) to improve the welfare of dairy cows in this province.

Animal welfare is a team effort and the announcement today at the BC SPCA Surrey Branch is supported by representatives from the BC SPCA and the BC Dairy Association, Agriculture Minister Norm Letnick said today.

The Dairy Code of Practice outlines standards of care and practices for owners and employees on dairy farms across Canada. It includes an array of applicable areas such as animal handling, feed and water, housing, health and welfare management, and husbandry practices.

Over the past year, the B.C. government, BC SPCA, BC Dairy Association, BC Milk Marketing Board and the provincial dairy industry as a whole have been working closely on ways to further strengthen industry measures which protect the welfare of dairy cattle at B.C. dairy operations. The Dairy Code defines accepted management practices for farmers to use in their daily operations to ensure dairy cows in B.C. are treated with care and respect, each and every day.

Charges under B.C.’s Prevention of Cruelty to Animals Act can be laid against anyone who causes suffering or distress to an animal in British Columbia, including owners, managers and employees in the agriculture sector. The maximum penalties that can be levied under provincial legislation against a person who is convicted of causing distress to an animal is $75,000 and up to 24 months imprisonment, the toughest in Canada.

There are just under 500 licensed dairy producers in B.C. with the majority of the operations located in the Fraser Valley. The remaining producers are located in the Thompson-Okanagan, Vancouver Island, Bulkley Valley, Cariboo, Kootenay and Peace River.

“As a society, we always need to be working together to ensure all animals in British Columbia are treated with proper care and respect. A conversation on how we could work better with the BC SPCA and the provincial dairy industry turned into action, resulting in the National Dairy Code of Practice being adopted here in B.C. The Dairy Code outlines acceptable care and handling practices for dairy cattle, and I want to thank both the BC Dairy Association and the BC SPCA for their commitment to animal welfare, and working co-operatively to improve it.”

“We couldn’t be more pleased that this day has come. The B.C. government has listened to our concerns about the humane treatment of farm animals. We are delighted by this new regulation that will improve our ability to protect dairy cattle.”

$40M Fix It Fund For BC Schools