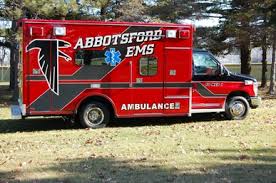 Abbotsford, BC – The search continues Thursday morning after a suspected drowning.

On Wednesday evening (July 1, 2015, at 8:20 pm) the Abbotsford Police Department received a 911 call reporting a possible drowning at Albert Dyck Park. APD officers, Abbotsford Fire Rescue personnel and BC Ambulance staff attended the park and began to search for a 20-year-old man who had been observed in the water minutes earlier.

Three friends arrived in the park just after 7:00 pm and entered the water in the northwest corner of the lake. Although the group remained close to the shoreline, that area of the lake drops off considerably. At 8:15 pm, the 20-year-old man disappeared from the sight of his friends. According to them, the man did not know how to swim. They asked for assistance from others on the shoreline and called 911.

Police, Fire and Central Fraser Valley Search and Rescue searched for the young man for several hours and well into the darkness. Unfortunately, due to the poor visibility and concern for the Search and Rescue staff in and on the water, the search was suspended just before midnight last night.