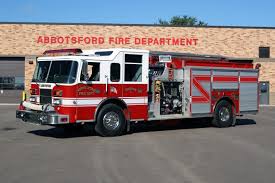 Abbotsford (Abbotsford News) – Yet another stark reminder that while its great to open the windows and let in fresh air during these warm summer days, safety remains paramount.

A two-year-old child fell from a second-storey living room window in a home on Saanich Street in Abbotsford on Tuesday evening.

Emergency crews including Abbotsford Fire Rescue Service and ambulance responded to the call at about 9:30 p.m.

The youngster had managed to push out a screen covering the window, and fell through the opening onto the lawn below.

The child was taken to hospital with undetermined injuries. The parents were home at the time, and accompanied their child to the hospital in an ambulance.

Police are reminding parents not to leave their windows wide open, which should be ajar only six to eight centimetres at the most.

Fraser Health Increasing Substance Use Services In Abbotsford And Chilliwack