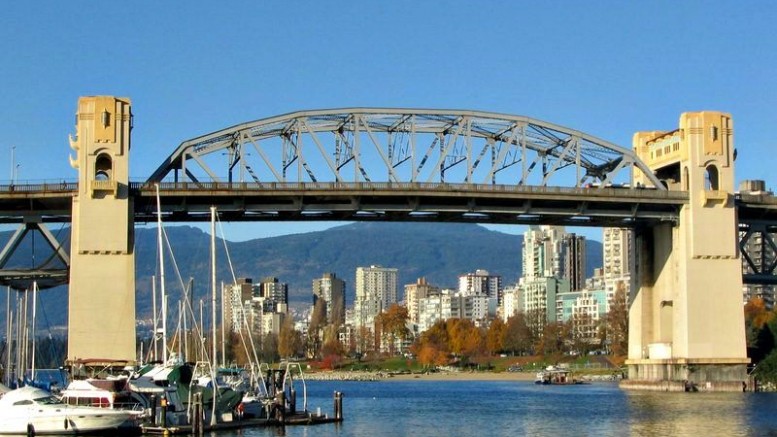 Abbotsford/Chilliwack (With Files From CBC) – By now you have heard about a celebration of yoga on Vancouver’s Burrard Street Bridge. This is part of a tribute and tip of the hat to the Indo-Canadian community and to India as a whole. For the most part, the Province of BC is behind this.

The storm of controversy is not confined to Metro Vancouver.

As Premier Christy Clark is taking heat for spending public money on this, let alone shutting down a major artery, others are keeping a safe distance.

Vancouver Mayor Gregor Robertson will attend National Aboriginal Day celebrations on June 21 and not the International Day of Yoga event on the Burrard Bridge.

Confirmation that Robertson will not be present at the “Om the Bridge” event followed speculation surrounding the city’s connection to the Lululemon and Altagas-sponsored yoga class after no one representing the municipality attended last Friday’s announcement.

The irony here is that Robertson has, on the surface, no problems shutting down car lanes for bicycles, but this may be too much for “Mayor Moonbeam” to handle as a “PR gaffe”.

As the backlash to the event continued to grow Thursday, a spokesperson from the city said that the permit to close down the bridge was approved as part of the regular special events process.

The government is spending $150,000 on the event, with $70,000 of that going toward policing and other security. Altagas is donating $10,000 and other sponsors are providing in kind contributions.

Since the announcement, outcry has risen over the cost, the closure of the bridge for several hours and the perceived snub of the aboriginal celebrations.

In the Valley, criticism has been just as harsh. FVN Fraser Valley News has been inundated with comments on Facebook and Twitter and we continue to keep the lines of communication open for your say on this.

Agassiz First Nations Elder Monica Shields re-posted a comment from Burton Amos. FLASH MOB : I am a simple artist from a small town…a single Dad, and strong supporter of native issues. I would like to do a shout out to all the native artists, actors, people of native ancestry, and our supporters: When I first read about Christy Clark shutting down the Burrard Street Bridge on Aboriginal Day At 8:00 AM for a big yoga display, I made a suggestion about taking over the bridge that day, which turned into a rumour, and now it’s official, it is now going to happen. I asked for everyone to show up in black or red, or dance regalia… I am now asking every creative person I know to come to that bridge at 8:00 AM and support us and show Christy Clark we mean business ! Aboriginal Day is our day and we will not be disrespected ! Please pass the word along and share this message with everyone you know ! Let’s show our youth how to protest properly against arrogant politicians ! Let’s celebrate Aboriginal Day in style…this time, it’s really important ! “Tag” everyone you know for this ! Bring your kids ! Bring your drums, bring your voice !

Darlene Kobley of Chilliwack wrote : Christy Clarke thought this would be a great way to calm things down. What a foolish idea. $150 thousand of our tax payer direct dollars not counting what its going to cost in re-routes and business loss,lost time. What the hell would happen if a medical emergency happened? Oh yeah tell them to go around…Hope no one is seriously hurt or even dies due to time spent finding another route. Oh yeah…..way to go Christy, wonderful way to achieve Ohmmmmm in your city.

George Hinton stated : What an absolutely stupid idea. It would have better holding it in Queen Elizabeth Park. Maybe Christy and Mayor Moonbeam could just om off!

Judi Piggott wrote : I hope they are early risers. This is on Sunday morning from 4 am to 11. Frankly, I cannot imagine why anyone would want to do yoga on pavement. I expect the protesters will have the last laugh (laughing yoga?) just watching this strange excuse for corporate sponsorship.