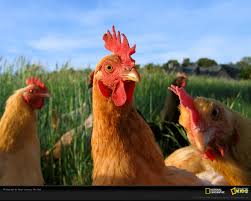 Abbotsford/Chilliwack (with files from Star FM) It’s the all clear the poultry farmers wanted to hear.

Poultry farms in the Fraser Valley have been declared free of avian flu. The Canadian Food Inspection Agency says they haven’t seen any sign of the influenza in three months.

Eleven commercial chicken and turkey farms in the Valley and some backyard coops were hit by an outbreak that began last December. The CFIA says enhanced surveillance will continue in the province.

“The B.C. government would like to commend the leadership and teamwork shown by our industry partners, the Canadian Food Inspection Agency and local authorities in response to avian influenza.

“From the moment the virus was first detected, our government worked co-operatively with industry, the CFIA, and other agencies to take swift and decisive action to respond to the outbreak. This partnership led to immediate controls to prevent the spread of the virus.

“I am grateful that the response plan developed by industry and government was successful in eliminating this outbreak of avian influenza‎. This could not have happened without the hard work and dedication of those working tirelessly on the ground. It is because of them B.C. poultry producers are now able to resume normal operations.

“I am also pleased that the United States has accepted the declaration and I am confident international trade can resume as normal with our other trading partners in the near future. This declaration is an important signal to global markets that British Columbia’s poultry industry is open for business.

“While we are pleased with the declaration from CFIA, we remain vigilant in monitoring and responding to animal health. As part of our ongoing effort to improve our response, my ministry is conducting a review for lessons learned to apply to any future events.”