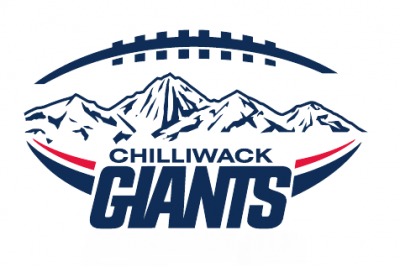 Kelowna, BC – The 2015 BCCFA Flag Football Provincials were held in Kelowna this weekend, and the Chilliwack Giants were well represented with 4 teams (2 in U10, 1 in U12, and 1 in U14). There were over 140 teams in the annual tournament from all over BC.

After a successful 2015 season, Team Parks had the opportunity to travel to the provincials. After the round robin (2 wins, 1 loss, and 1 tie, and a plus 21), they were seeded 10th in the province. They got into the Sweet 16 with their next win, a convincing 30-0 win over Richmond, and then lost a heart breaker to Coquitlam team, 6-0 with the score coming in the last minute of the game. They also had wins over Kelowna teams, Westside, and another convincing 37-6 win over North Surrey for their final game.

Team MVP goes to RB Carter Dallas, who led on both sides of the ball. Quarterback Christian Beck led the huddle with poise, and Rusher Gavin Parks was in the defenders backfield all day, disrupting their play.

Lock down corner Pierson Capstick was all over the ball, and Aiden “Hands” Hewitt was catching deep balls for TD’s all weekend. Six year old Rylan Parks (playing against 8 and 9 year olds) kept drives going with lots of catches and a Touchdown.

The Giants had a strong defence with Cameron Head at Middle Linebacker, and Lucas Pollard ripping every flag that came his way. Owen Vanderhoek was helping on both sides of the ball as well.

Coach Ian Parks added “We are so proud of the boys. They had 6 games over 9 hours in 34 degree weather on Saturday alone. They really overcame that, and still had smiles on their faces, playing the game they love.”

With the Spring Flag season wrapped up, the Giants are all ready for another successful tackle football season this fall.